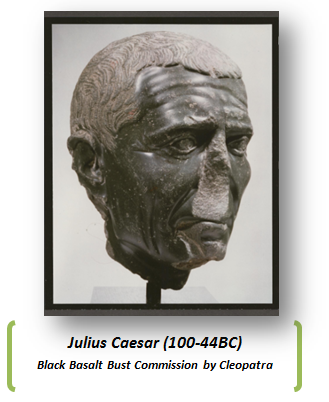 The Debt Crisis of 49BC that set off a Civil War I have written about in detail. Much of what the public was led to believe centered around politics and Cicero casting Julius Caesar as a power-hungry dictator. Anything but that image was correct. Cicero was on the wrong side and I collected all the contemporary writers to demonstrate it was all about debt once again. The people cheered Caesar as he crossed the Rubicon and the Oligarchy (Senators) fled Rome to Asia. Now if Caesar was the bad guy, why did they flee and people cheer Caesar? Strange that they would even name the Cato Institute after one of the most notorious anti-Republican/Democratic corrupt politicians of all time – thanks to propaganda.

Caesar was the only person in history to solve a debt crisis amicably. He forgave all interest and required whatever interest had been paid must be applied to the principle loan. He then also appointed a board who reappraised the value of the property to when the loan was given. So none of this stuff where you borrowed $500,000 for a house, it collapses to $200,000, and then the lender demands you pay the full $500,000 plus interest. Caesar realized that the value of money fluctuated – a brilliant observation. The purchasing power has risen and fallen with the economy even when money was gold and silver coins. The gold promoters have misled people to think that all our trouble is tied to paper money. Sorry, money rises and falls for it has historically been on the opposite side of wages and assets from the beginning of time.

In the subsequent Debt Crisis of 33AD under the Emperor Tiberius, he too relied upon the solution of Julius Caesar. He suspended all interest payments for 3 years. He engaged in quantitative easing for there was a banking collapse, crazy laws that tried to stimulate the Italian economy, which totally backfired, and no choice but to increase the money supply as deflation swept the Empire.

So when it comes to financial crisis, we NEVER seem to ask today has anyone ever tried this or that and we never ask the question – Did it work? We never learn from history and it seem the majority find it boring assuming they just know better so why bother. Those of us who do see patterns within history, are condemned to what others repeat it time and again.

« Julius Caesar Spirit Is Alive in Croatia?
Australia Proposes to Fine Foreigners for Investing in their Country »