Judges are Free to Take Your Liberty For Anything – Didn’t Cut your Lawn – Jail Time!

It is just amazing how there is no respect for human rights and the sanctity of LIBERTY in the United States any more. There just has to be a serious overhaul of the rule of law in the USA for there are more people in prison in the USA than Europe, China, and Russia COMBINED. In Tennessee, a woman had to spend the night in jail because she had not mowed her lawn. A court had sentenced her to the prison because her garden had not been maintained in accordance with the rules of Lenoir City. In the USA, far too many judges are out of control and have become ruthless self-absorbed ego-maniacs who send citizens to jail for minor offenses that are not crimes in the least violating your Civil Rights, which is in itself a federal crime.

Last summer, Karen Holloway received a subpoena from Lenoir City because of the unkempt lawn and bushes in her garden. Holloway admits that the garden would have needed more attention, in fact. But they have not had time for gardening, she says. She was quoted by Yahoo News: “The bushes and trees were overgrown, but that’s not a crime”. Karen Holloway works full-time and has two children. Her husband, a former soldier, also works full-time and goes to college at the same time. The family has only one car. 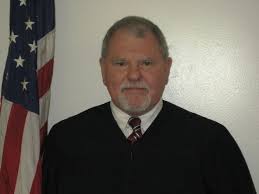 Judge Terry Vann  sentenced Holloway to 5 days in jail for non-compliance of the local ordinance, This man is an absolute disgrace to everything the Land of the Free and Home of the Brave was intended to represent. Thank God I am not President for I would use the abuse of Executive Orders to imprison every judge that sent anyone for a non crime to prison indefinitely until the Supreme Court said they should be released. Holloway was not advised of her rights and the problem is you are entitled to a lawyer ONLY in criminal cases where your liberty can be taken. What is going on here is we have judges just throwing people in prison without Due Process of Law. This in itself is a federal crime – 18 USC §241.

Only after public outrage did this ruthless judge reduce the draconian sentence to six hours proving he knew he went too far. The judge admitted that Holloway is not a criminal and that this is not a criminal trial. But she was still sent in the night from Tuesday to Wednesday to jail. She was NOT given a lawyer and she has an absolute right to now sue the judge and the city for violating her CIVIL RIGHTS.

This crazy judge has order her to return to court In November and he will again review the progress in the garden maintenance. Until then, their family and friends want to help her, to bring the property in order. Judge Vann has again threatened her with jail if her garden is not in perfect order.

Pennsylvania judges plead guilty to taking bribes from private prisons to fill them up with sentencing people to jail for non-crimes. Hillary Transue thought she might get a stern lecture when she appeared before a judge for building a spoof MySpace page mocking the assistant principal at her high school in Wilkes-Barre, Pa. Hillary was a top student who had never been in trouble, and the page stated clearly at the bottom that it was just a joke. This is political free speech under the Constitution. However, Judges Michael T. Conahan, and Mark A. Ciavarella Jr., were taking kickbacks to send teenagers to detention centers. Instead, the judge sentenced her to 3 months at a juvenile detention center on a charge of harassment. Again, this violated her civil rights and was a federal crime.

The US legal system is out of control and there are too few checks and balances. It is not the first time that a US citizen is sentenced to a prison term because of the state of his property. How about sending a court in South Carolina Linda Ruggles for six days in jail after she failed to pay a $ 500 fine due to loose roof tiles. Again, judges are just summarily imprisoning citizens without Due Process of Law. They are not being provided lawyers yet their liberty is stolen from them for any excuse.

In July, police arrested the town of Thomaston in the State of Connecticut the 49-year-old Carmine Cervellino because he had punctured a watermelon with a knife ,  Register Citizen . James Campbell, the police chief of Thomaston, defended the arrest so that there were allegations against Cervellino.

In April, the seventh-grader Ethan Chaplin was in the state of New Jeryey excluded from school and had to undergo intensive investigations because he had played with his pencil in class , reports the Huffington Post .A classmate had told the teacher, Chaplin do “guns-movements”. The school inspectors Charles Maranzano declared the exclusion from school so that Chaplin might constitute a threat to themselves or others.

In Peoria, Illinois, the police went on a rampage searching in April after the author of a fake Twitter accounts of Mayor Jim Ardis made a joke about the politician. They insisted this was a criminal act, because it was not obvious that it was a forgery jokingly. However, during the investigation, police raided a house and seized mobile phones and computers. They arrested five people and took them to the police station for questioning. One of those arrested was sent immediately for possession of marijuana into the prison. Nonetheless, no connection to the Twitter account was ever found. Those arrested were again abused. “They arrested me, as if I were a criminal” , citing the Peoria Journal Star. Even after hours of interrogation, the police still had no suspects. There was no probably cause – they just arrest people who they do not like.

In Charleston in the state of Virginia, the Federal Police imposed the construction worker Christopher Lewis a penalty of $525 because he had forgotten in the cafeteria of a hospital to pay for it, that he filled his drinking cup for a second time. For that he should have to pay 89 cents, by his own account. Later in April, the sentence was replaced by a warning, reported wistv.com . A hospital spokesman spoke of a “theft of government property.” Lewis has lost his job on the hospital grounds.

On 6 April, the police of New York City arrested the puppeteer Kalan Sherrard , reported the Daily News . Sherrard led straight to a puppet when the police handcuffed him. They accused him of creating a dangerous situation. Video recordings of the arrest, however, show that there was no danger. In the arrest, the police destroyed a doll and other items of the 26-year-old artist from Seattle. Again, there was nothing LAWFUL about this arrest or the destruction of his personal property.

An example of the militarization of the police in the US raid on a family in Des Moines is in the state of Iowa. In February, about ten officers procured with helmets, face masks, bulletproof vests and weapons at the ready with a ram access to the house without first knocking, reported the Washington Post . The raid by the police was filmed by multiple surveillance cameras they did not know about. The sons of the family are technicians and been robbed in the past, so they installed the cameras. Only through this circumstance did this raid make the news. How many more are taking place we do not know about?

The reason this is a critical issue is more than just people losing their LIBERTY. This undermines PROPERTY RIGHTS. How can you buy a home or invest in anything if some judge can take it away and as long as they call it “CIVIL” and not “CRIMINAL” you are not entitled to a lawyer.