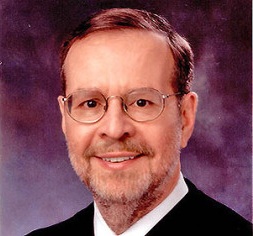 A federal judge, Judge Arthur J. Schwab of the Western District of Pennsylvania, used a deportation decision to probe the constitutionality of President Obama’s executive order on amnesty, declaring it “unconstitutional.” It is about time that Executive Orders are challenged in court for they are absolutely unconstitutional since they smack of a dictatorial abuse of power that denies the people the right to decide the fate of their nation.

Indeed, Texas and other states have already initiated lawsuits challenging the order. Nonetheless, the key here is that ANY such Executive Order is unconstitutional violating the entire concept of a Republic where it is at least a pretense that it is a government by the people rather than a king acting on a personal whim. This is what the law should be – not because of the subject-matter, but any issue. Obama could just as easily order that the IRS increase taxes to 85% without Congress. Anything would be possible. This is the immigration issue, but the act of an Executive Order is everything. Obama just issued such an unconstitutional order to the FCC directing them to regulate and license the Internet. There is nothing any President could do without a vote from the people

“President Obama’s unilateral legislative action violates the separation of powers provided for in the United States Constitution as well as the Take Care Clause, and therefore, is unconstitutional.”