Beginning with February 24th, 2013, the tide has changed against the market manipulators and little by little the curtain is being pulled back to expose to the world what really is going on that the government and the media have ignored for so long. I have stood my ground against the banks that have engaged in market manipulations under their proprietary trading departments. What has been taking place the press would never report.

Ever since Goldman Sachs’ Robert Rubin and Larry Summers worked to get Glass Steagall repealed, the financial world has never been the same. These people have not been “traders” but manipulators for they are only interested in the “guaranteed trade”. They have put out bogus research and misled people into buying crap and have then turned around and trade against their clients knowing who has what position. The level of inside info is off the charts. 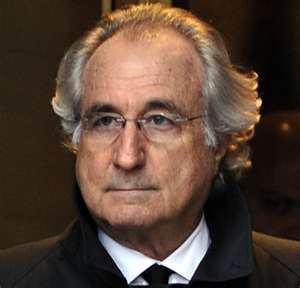 When Bernard Madoff went down for a $60 billion Ponzi scheme, the banks all said they had no idea. Isabel Ring from the NY Post interviewed me, but that interview was pulled and never published. She was interested in that I had said Republic National Bank was illegally trading in our accounts (now HSBC). Republic/HSBC plead criminally guilty under a division and agreed to pay back 100% and make everyone whole. You do not do that unless they were illegally trading in the accounts. Her opening question shocked me. She asked if Republic was laundering money for the Columbian Drugs Cartel and the Russian Mafia “as was taking place in Madoff” accounts?

I was stunned. I knew the bank was illegally trading for even the 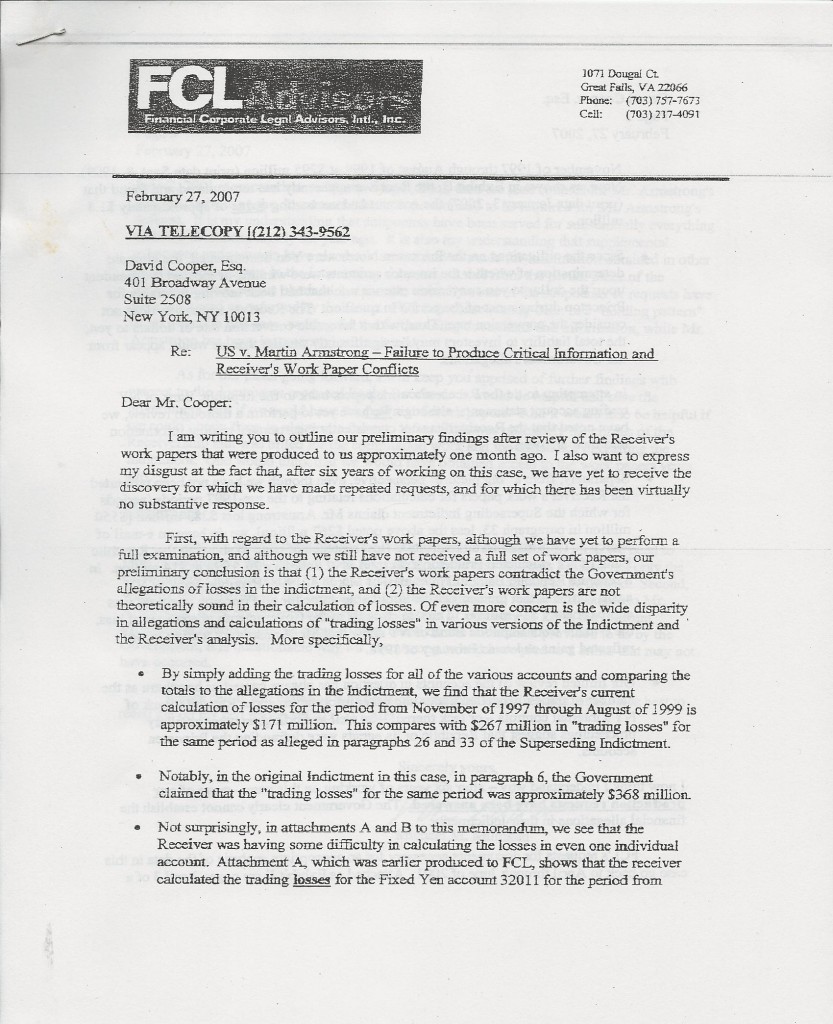 accountant could not believe the number of “errors” taking place in the accounts that were being backed out routinely (fcl-accountant). The government protected the banks and would never provide the documents we kept asking for. Although the contracts were in yen, the receiver kept using dollars to pretend there were losses when their were gains and then Alan Cohen was given a board member job at Goldman Sachs for someone who made it seem he did not even understand currency transactions. It is just so unbelievable, you cannot make up this stuff.

While I cannot swear that Republic was laundering money and that is what all these “errors” were, it has to be noted that HSBC has been caught money laundering paying $1.9 billion in fines for that as well. All I can say is these people never go to jail and just write checks. The government always goes away until it can ring the cash register on the next scam they pull.

Berni Madoff curiously pleaded guilty right away. That was very odd. What that did was END the investigation and cut off other people being added. This created the appearance to those who understand the system, that he was protecting someone. The banks all said they had no idea. After Berni was in prison he said the banks knew. To set the record straight, it would have been IMPOSSIBLE for a bank not to know what was going on. You have to comply with know your client rules and every wire in and out requires documentation and the bank legally has to know where it comes from and is going to.

Now J.P. Morgan has agreed to pay about $2.0 billion to US authorities to avoid litigation, in the biggest fraud on record – Madoff. There has been a sea-change that appears to be targeting the banks to make them at least pay up and admit taking part in these sorts of criminal activity. Madoff, who masterminded a massive and long-running Ponzi scheme, that is defined as not actually having an investment operation just taking money from one person and handing it to another as their pretended profit, came to light in 2008 as the financial crisis crushed the economy. With the assistance of the banks, had it not been for the economic downturn, the operation would have continued. The staggering amount of money Madoff Securities claimed it had under management was about $65 billion in client assets, whereas in fact it had only about $300 million. The fraud destroyed many investors and exposes the fact that many Jewish operations handed him money assuming he was a Jew and would never do something like that to his own race.

Now JPMorgan Chase, according to the Wall Street Journal, will agree to plead guilty and pay $2 billion that is expected to be routed to victims of Mr. Madoff. JPMorgan Chase, the biggest US bank by assets, was the main bank used by Madoff for more than 20 years. They are paying these fines to shut down a criminal investigation by the feds who have put together the facts that the bank had ignored signs that Madoff was operating a fraudulent scheme. Anyone in the business knows the bank simply HAD to know under the law to perform Know Your Client requirements.

This will bring the total amount of fines paid by JPMorgan Chase up to the $20 billion level over the last 12 months to settle various government investigations. Welcome to Behind the Curtain. It is like the Land of Oz where nothing is what it ever appears to be. I have stated point-blank, there has been wholesale manipulations of a lot of markets to ensure they ALWAYS made money. When I first publicly stated that, they tried to paint me as just making this stuff up. Easy when you have the Receiver confiscate all the evidence and it amazingly vaporized with the collapse of World Trade Center 7. Little by little, the curtain is being pulled back. When it opens all the way, you will be absolutely shocked at the goings on in New York.

I saw the movie Wolf of Wall Street. That was what we called a bucket shop. I never encountered that sort of wild party mentality. Only one time I was asked to open an office and stock it with women in another country for the head of that country to pretend he was going for consulting. I refused. I cannot imagine the stories had I agreed to such a thing. But it does exist.