A number of emails have been asking about JFK’s Executive Order 11110 and somehow he was assassinated for removing the authority of the Federal Reserve to issue money and transfer that to the Treasury. Oh Boy! This really tops the list. While JFK was probably eliminated for not wanting to go to war in Vietnam and his concerns over the CIA assassinations, I seriously doubt this had anything to do with silver, the Fed, or eliminating their ability to issue notes. The story had been that Nixon was extremely cautious with his security. Rumors that he hired new guards centered around he merely ordered new uniforms for the secret service that lasted only two weeks. 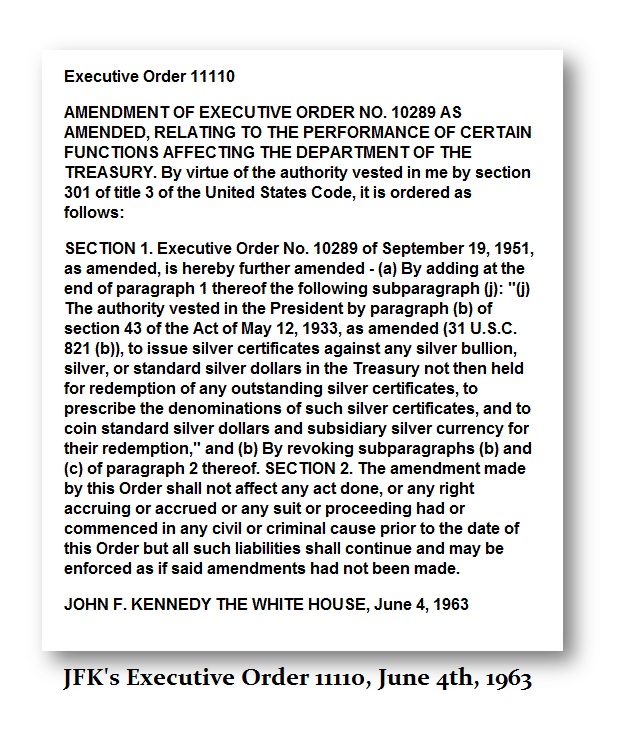 This reasoning is just so bizarre it approaches  lunacy. Whoever makes up this stuff obviously cannot read and comprehend at the same time. Executive Order 11110 dealt with the problem that silver was rising in price and therefore it could no longer be used for a monetary instrument given the Bretton Woods fixed rate ideas. This is why there can be no standard because everything with time fluctuates. The Treasury was under order to maintain the fixed rate of silver and there was a tax placed on trading in silver back in the Great Depression in 1937. Kennedy was authorizing the Treasury to issue notes ONLY if needed for the transition in the elimination of silver from the monetary system. It has nothing to do with stripping the authority of the Federal Reserve to issue notes.

Silver rose in price and it was simply no longer feasible to use it as coinage. Most government followed suit but some were 2 years behind. It was not a coordination of governments, but a free market rising in price. 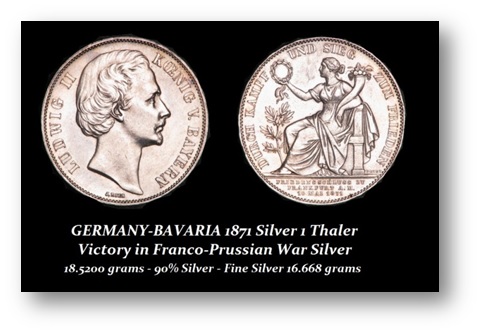 The Panic of 1873 was caused by the end of silver coinage in Germany, which was a huge buyer of silver. The panic was caused by the fall in demand for silver internationally, which followed the German decision to abandon the silver standard in the wake of the Franco-Prussian War (July 19th, 1870 – May 10th, 1871).

Sorry. JFK I believe was probably killed for his opposition to war. Not for any alleged conspiracy to strip the Federal Reserve of the power to issue notes. That is just absurd.