One reader wrote: “Congratulations. Your forecast that the Dow would make new highs from the depths of 2009 has been astonishing. You have done the same each and every time since 1987. You consistently hit the ball out of the park every time. I was at your Berlin Conference. You dedicated that conference to Milton Friedman. He must be smiling by now. You have proven the world is truly global. Erstaunlich! The rest are fumbling in the dark in case you have not seen this”

“Why didn’t the govt. just call you?!?!. . . . it sounds like another agency looking only at domestic events:” 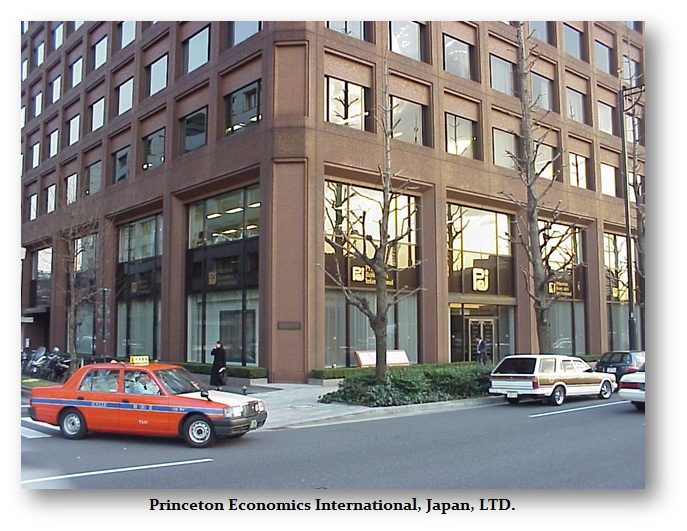 We remain captured by our prejudices far beyond what most people even realize. The talking heads are never right because they constantly look domestic. The academics are wrong for they are still following Marx and their horizon is limited to also the domestic landscape. You simply cannot forecast ANYTHING in isolation. It is global and always has been. Yes, I dedicated my global tour to Milton Friedman – my friend who convinced me I had a front row seat that no one else had running around the world with offices on every continent. But it has been the clients that have forged me into what I have become. They forced me to look at the world through everyone’s eyes. Advising one to buy gold but ignoring the global trend leads only to losses. To understand the economy, requires an understanding of capital flows. Grasp the true nature of the world and you will see the light.

Understand one thing. If the economy moves because of global trends, then academics are useless for their goal is to create models for government to manipulate us. Obama thinks he can alter the global economy by raising taxes, and spending that money on infrastructure? If you have $20 in your left pocket and move it to your right, are you really any richer?

If the next bust comes from external sources, then academics can recommend nothing and politicians cannot lock up someone for causing it when they were not here. Preferring that the economy is purely domestic, has its political purposes: “Vote for me and I will change this”. But if the economy is global, politicians have to “manage” rather than “manipulate”. Can you image actually having to show skills to run for office rather than bribing people – “Vote for me and I will steal the cost from anyone who has more than you”.

If we understand that the economy is really global, then we can go with the flow rather than trying to grow lettuce in the desert at the cost of $100 a head. If people expanded their skills to advance rather than enlist unions to try to demand more money with no additional skills ignoring international competition, then just perhaps the future could be different. But everything is extremely myopic and very Marxist insofar as saying: “Ya. That is how it works. But I will change that.”  Perhaps the understanding of cycles is just an ancient knowledge we have forgotten along with the knowledge that the Earth was round and not flat. There truly is a time for everything. Even light moves in electromagnetic waves where magnetism bounds the electricity between two extremes. The business cycle functions the same, but it is volatility that bounds the boom and bust cycle between two extremes.