Its Global – Even The Brady Commission Revealed that in 1987

I have told the story how after objecting to the formation of G5 in 1985 warning that they would increase volatility, create a crash within 2 years (2.15 years), and destabilize the global economy, the White House responded that no one agreed with use about volatility would rise or this would lead to a crash. Princeton Economics preceded both Goldman Sachs & Salomon Brothers who entered the international futures markets only in the mid-1980s. Salomon Brothers was taken over by PhiBro, the big commodity trading firm that made a fortune on the metals. Goldman Sachs, sought to stay in the game and bought J.Aaron, another commodity firm. These became the reverse takeover of Wall Street for then the market manipulation schemes common to futures and commodities introduced Wall Street to derivatives. Lloyd Blankfein  head of Goldman came from the J. Aaron side. This movement led to Salomon Brothers getting caught manipulating the US Treasury Auctions illustrating the culture that took over Wall Street and has dug in its heels.

Nevertheless, because we had two clients on the Brady Commission and we warned this G5 attempt to manipulate the trade deficit lower by lowering the value of the dollar with no consideration as to what would happen to foreign investors in the USA, they set in motion the 1987 Crash, caused the capital to concentrate in Japan creating the Bubble in 1989, and gave capital its first taste of blood. This was why I was summoned to Beijing following the Asian Currency Crisis because it was obvious outside the USA what was going on.

In short, the October market break had ramifications in a wide variety of global financial markets.

Expertise in individual market segments is, therefore, not sufficient for effective response to intermarket crises. The October experience demonstrates that the intermarket agency must consider the interactions among a wide variety of markets encompassing stocks, stock index futures, stock options, bonds, foreign exchange and the credit and banking system, in both domestic and foreign markets.

The critical requirement for the intermarket agency is broad expertise in

The point that needs to be made is despite the extensive investigation that was steered at least in the right direction to see the world globally, both government, the talking heads, and the vast majority of analysis just does not grasp the global infrastructure of the economy. So yes, the Wall Street Journal reported that many viewed me as a Renascence Man (Aug 9, 2000) and Barrons acknowledged I was famous for calling the 1987 Crash. Nevertheless, all my yelling, screaming, and testimony before Congress, has still not made any headway in expanding their understanding of the global economy enough to change policy. They all read me and keep one eye open because they are aware of my experience. Yet the world is still married to Marx & Keynes because they advocated government possess the scepter of power. No one likes to hear – Hey! You are the problem! Let it go! 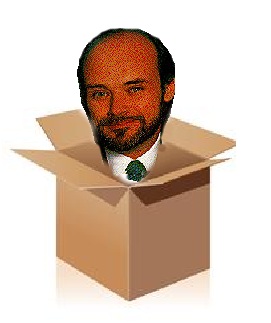 Change is coming. But very reluctantly. There are people who hate my guts and try desperately to make this personal as if their opinion is better than mine. I fail to understand this since I report the trend, not OPINION. Only a fool will try to fit the world into a preconceived idea. OPINION is prone to human error and we are all human. The only way to move forward is to explore and let the chips fall where they may. This is the only way to advance or we will remain doomed to repeat the past when we cannot see outside the box. Having clients around the world – I was forced to see everything from everyone’s eyes. For that – I thank you.

« Asians See things in Cycles
Is there Gold in Fort Knox? »