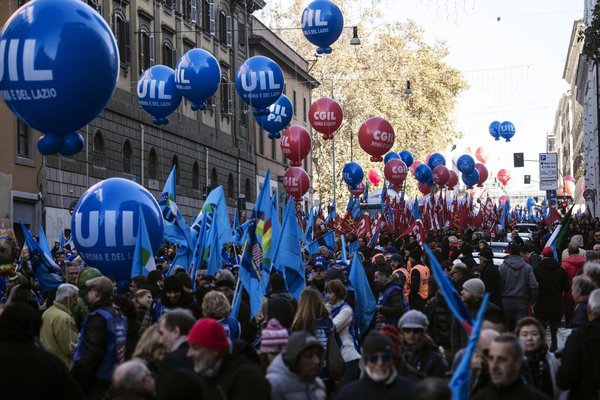 In Italy, there are again serious protests against austerity measures. A major general strike has paralyzed Italy as public life style has simply collapsed. Nationally, 54 demonstrations were held around the country.Citizens are protesting against the austerity measures and labor market reforms the government has been compelled to implement because of Brussels.The German Chancellor Angela Merkel had recently called for a tightening of austerity in Italy and she simply cannot understand that the fears of inflation in Germany are unrealistic. She is imposing a new Great Depression on the rest of Europe. The very idea that one European government would prevent war is being proven to be dead wrong. The people do matter and they will tear Europe apart at the seams. German culture cannot be force fed to Southern Europe. This is laying the seeds for European internal war – not preventing it.