It Takes the British press to be Objective

The American press is obsessed with Snowden’s Pole Dancing girlfriend and claiming he dropped out of high school so somehow this discredits everything he has done. Sorry – they should check the facts. ALL those who are really smart and are independent not buying whatever is shoved down their throat has a long list of famous people. The top of that list is Albert Einstein. What? Arguably the smartest man in the world was a high school drop out? YES!!!!!!!! Albert Einstein went to school at the Luitpold Gymnasium in Munich, Germany, where one of his teachers told him that he would never amount to anything. He dropped out of that school when he was 16. He later went to school in Switzerland and there too he got a job only as a patent clerk. Winston Churchill also had trouble in school and Bill Gates dropped out. Let’s face the facts. Schools rarely produce geniuses because they reject that and expect conformity. How many kids have huge student loans and are waiting tables because they cannot get a job with their education? So Snowden dropping out of school is a good thing and shows he had integrity not to conform, which is why he did what he did. 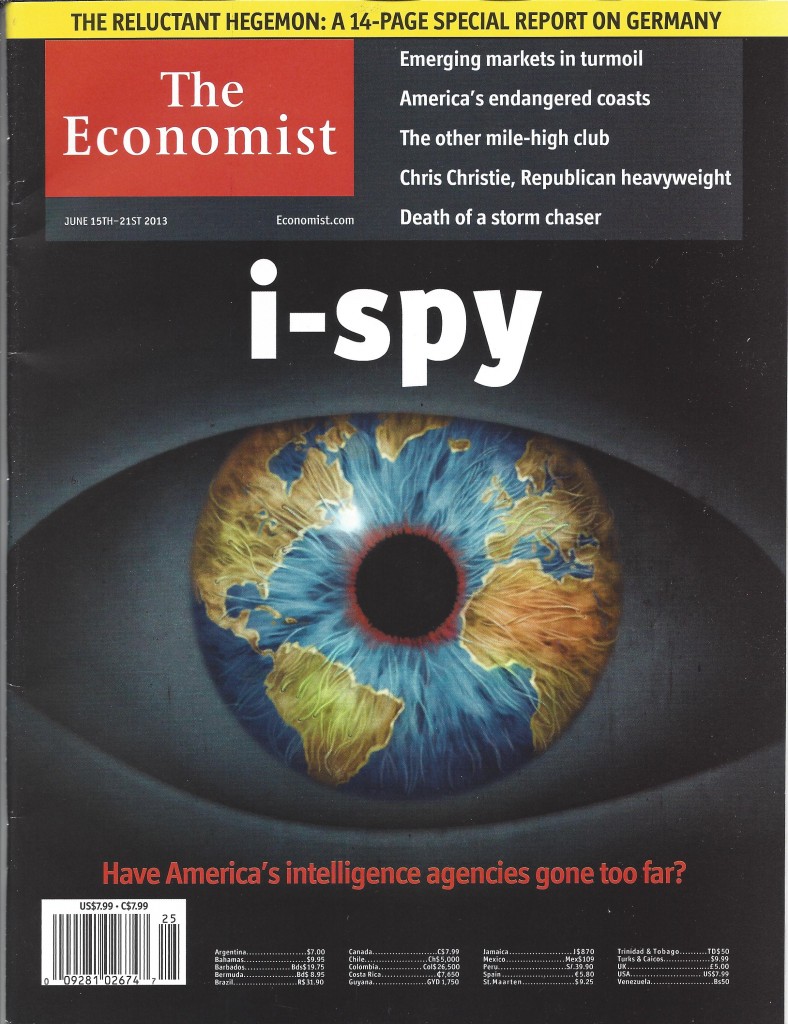 The British Press is doing the JOB Americans should be doing and are not. They are asking where is the oversight? Who is guarding the guards? The Economist joins in asking those questions free of fear of threats by the US government to pull such stories.