It is How you Interpret Laws that Counts 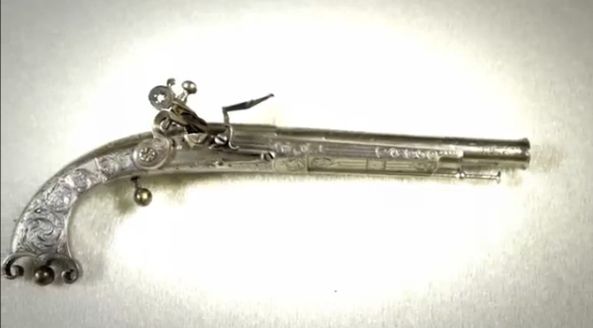 I have warned that government can take any law and create absolute tyranny. It is all how you interpret and enforce a law and between far too many new police, they simply prosecute people insanely. It became a joke inside. There was a Vietnam Vet who had an empty shell case he wore around his neck. They charged him with possession of ammunition. He went to trial and lost on the theory he could repaid the hole and refill the shell. Then there were people there for shooting a Moose on federal property.

Here is the latest insanity. A 72 year old retired teacher was an antique gun collector. He had a vintage musket that was not loaded and you would never fire. He had it in his car when pulled over for a traffic stop. He is now fighting for his life as the State is demanding 10 years in prison for “carrying” a concealed deadly weapon.

If you create a law, you fit people to it no matter what. If you think law-enforcement is reasonable anymore, you have not yet encountered it yourself. When Magna Carta was forced upon King John, the common saying was there had been left no man in England who had not be fined once or twice every year. The good old days are back.

« How FATCA is Destroying the World Economy & Americans
What Makes me Tick? Good Question! »