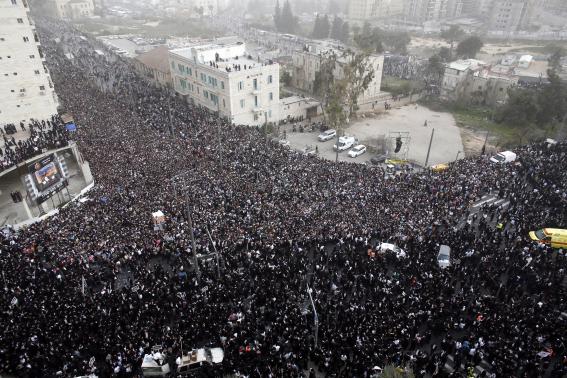 For years, everyone had to go into the military at 18 male or female. However, the Orthodox Jews were exempt. Israeli is responding to what is coming as Putin tries to rebuild the Soviet Empire. He personally still see the world in empires based upon territory rather than productivity. Japan had nothing close to the resources of Russia, yet it rose to the second largest economy based upon productivity proving Adam Smith was correct that this is the wealth of a nation – not gold, agriculture or land.

Australia is about the same size as the USA and Canada is actually larger. This again proves Putin is dead wrong and had he eliminated the oligarchy and allowed free competition, Russia would soar to the top of the economic charts. China has allowed that to unfold and it does not have the oppressive oligarchy structure that prevents small business from rising.

So this past weekend, hundreds of thousands of Jews came out to protest (see Reuters) having to go into the military. War is on the horizon and there seems to be nothing we can do with a bunch of morons in charge in Europe and the USA.