Is there a Revolution Brewing over Taxes? OECD Says Yes! 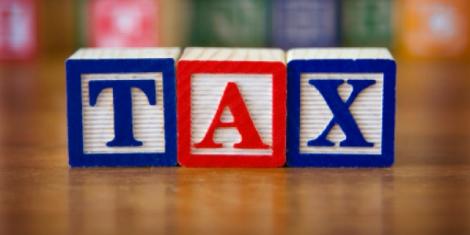 This idea that we live in a world where government cares about us is just the biggest propaganda ever. Everyone one will only pursue their own self-interest. The OECD has interesting come out and warned that if governments are unable to stop the transfer of wealth to a small financial elite, the displeasure of the dispossessed middle class could easily turn and go against the prevailing governmental systems. The OECD has claimed to have discovered the existence of a veritable “lumpenproletariat” in the supposedly rich Germany. Even though the systems attempt to provide citizens with bread and circuses in the traditional Roman style to keep them quiet, such  tactics they warn may have now become obsolete after the ultimate circus is over – the World Cup.

The problem with all of these studies is the look at class warfare and not at the consumption of government. They do not follow the breadcrumbs. What if you take everything from the elites? Who will start businesses to create jobs? Who will be left to take as government pensions keep ticking away. In Germany, it has now surpassed 50% of the average persons labor goes to taxes.
In the United States, the economy remains the best because the threshold for taxes still remain low in comparison to Europe. Here is the percent of income it required to pay taxes in the United States over the years:
There are a host of books coming out all about just taxing the rich more ignoring reducing the cost of government. The German bestseller “The plunder of the world” presents just another socialist agenda arguing that the rich get richer even in times of crisis, while the consequences of a crisis are always carried by the lower-income groups and the middle class. It fails to explain that the rich get richer from investment, not wage income. This is an argument to effective tax investment substantially to even out the disparity? But who then creates the jobs that produce anything? Is it that those who invest unfairly make money when the others pay too much in taxes and do not invest? Anyone who thinks that these books are real must be insane. If you thing for one second raising the taxes on the rich will mean your taxes will decline – good luck. In Germany, Tax Freedom Day has passed the 50% and even in Canada it is now June 9, 2014. In the United States it is April 21st for 2014.
In France, the magazine Challenges has determined that the richest Frenchmen saw their assets in 2013 rise by 15% since they benefit from the profits in foreign companies. There is no discussion that government consumes too much – EVER!

The consequences of unequal distribution of wealth in the world is becoming the tipping point argued and funded by governments to blame the rich – never government. Nobody seems to be doing the math that if you confiscate all that wealth you end up with communism with taxation and government just keeps growing until it consumes everything. We borrow with no intent of paying anything back and that about 70% of the national debts is all interest that built no schools, reduced nobody’s tax bills, and did nothing for the middle class. This is fairly consistent in all major countries. Governments are trying to push interest rates exceptionally lower to reduce their deficits exploiting the middle class creating a disincentive to save even for retirement when it pays next to nothing.

The OECD is now warning like Pickitty that a growing gap between rich and poor will erupt into revolution – not that government is taxing too much. According to the words of the OECD Secretary General Jose Angel Gurria, the problem since the global financial and economic crisis has exacerbated massive. “In the first three years of crisis, inequality increased more than in the twelve years before, “he told the Business Week”. On average across OECD countries, the top 10% of the population now earn 9.5 times as much as the lowest 10% but fail to explain this is from investment. Inequality has grown by 35% because stock markets are rising to escape from the craziness of government. The higher they rise, the greater the disparity.

The OECD claims this is clearly felt in the USA more so than Europe omitting the fact that the disparity comes from investment not wages. They they compare that to Europe claiming there is no welfare state in Europe so somehow this is implied to be better. The OECD then highlights supposedly rich Germany as a dangerous development with a rising disparity stating this is “namely that it is a lumpenproletariat, a very poorly trained and poorly paid part of the Arbeiterschich.”

The argument now is the middle class civil unrest they know is coming is simply because they have not confiscated the wealth of the investors they call the financial elites. So if you invest and make any money, you are the new financial elites – sorry it is anyone who now invests. Michael Maier’s The plunder of the world is another book released to justify plundering the financial elites without actually identifying who they are. Sorry – it is you.