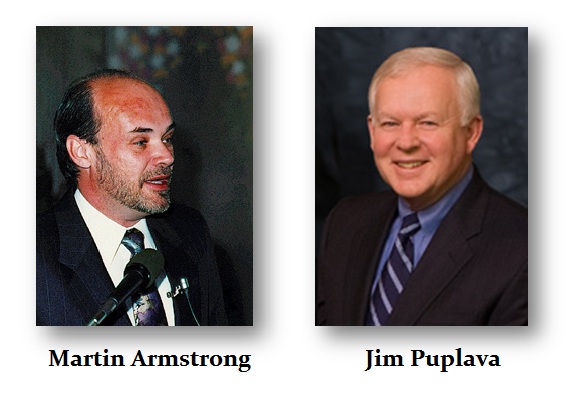 Excerpts:
FSN: Martin, you have a wide following with investors and host large conferences around the globe. What are you telling investors right now?

“Well, I think the best thing to do is clearly stay in the United States right now. Get out of any emerging markets because what you are going to have is: China is rattling its sabers against Japan and South East Asia; you have all kinds of turmoil in Eastern Europe; and I think you’re going to probably see that start to pick up quite sharply after September. So you don’t want to be involved in those types of assets. I would stay home clearly.”

FSN: What about the market itself? What are you predicting going forward?

“The U.S. stock market, although it sounds a bit crazy, it’s liable to go up very dramatically. I would think we could go up 50% at least. But it’s going to depend upon when the capital flows start coming in very dramatically, and they’ll come when you start to see those types of geopolitical problems [along with]…economic problems from Europe. But, I mean, there will be more dips—one more little crash first—and then it’s going to take off.”

FSN: Can you explain a little bit more?

“Capital has been flowing to the United States. The top end real estate in New York, Florida, CA, is booming. Why? It’s mostly foreign money coming in. So that supports the dollar. And if you then have more geopolitical problems with Russia, etc., money is going to pour here again, the same way it did with WWI and WWII. If you’re blowing everything up and banks aren’t safe, you put your money on the first ship and you bring it over here… We’re really the only game in town and that capital will come here as the geopolitical movement develops.”

FSN: What are your thoughts on what’s going on with Russia and its recent attempts to expand into Ukraine?

“Putin…truly believes in old-school Empire. In other words, a country is as powerful as the amount of land it controls—not its economy. He doesn’t get it. You know, Japan is a very small country island, but it rose to the second largest economy in the world. Why? Because the people are its wealth. Not land… What is happening in Russia is the economy is collapsing. Russia’s economy is half the size of Japan’s on a bad day. Russia—you see, the uneducated masses are saying that this is good: Russia is getting bigger. They think size is something, rather than the economy. Well, we got a lot of land. Okay, big deal. What are you going to do with it?”