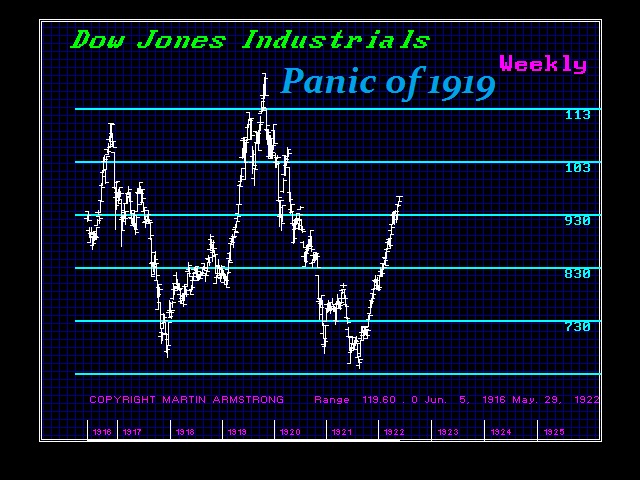 QUESTION: No one ever talks about the depression from 1920-1921, but as I recall in researching it the government and the Fed never intervened and just let things play out.    In the end this depression hurt for awhile, but was over very quickly and from that point on we had the roaring 20’s. You never hear politicians or the complicit media talk about it because I assume it would prove all their agendas (stimulus spending, buying garbage debt, saving the bankers, etc)  on the economy to be dead wrong. Would you care to comment on this economic period  in one of your blog write ups down stream ?   I a curious as to why things got better so quickly. Thanks, Mike

ANSWER: The Panic of 1919 was a 53% decline in 94 weeks. It was focused primarily in commodities. I have stated many times that capital moves from one sector to the next within a nation as well as from one nation to another (international capital flows). We have mapped the global economy and how it truly functions amazingly is by the law of nature – Smith’s Invisible Hand is far more important than most suspect. Socialists and economists immediately hate that concept as do those in government because they all want to control and manipulate society.

But the Invisible Hand is strikingly Darwin as well. Every species acts in its own self-interest and in nature we call this the survival of the fittest. In economics it also dictates the rise and fall of empires, nations, and city states as well as corporations. A rain forest is a perfect dynamic of the global economy. Billions of species all interact to form a synergy we call the whole. This is what Smith observed only within human society. The Invisible Hand is nothing more than each species surviving economically as well as within nature.

Government raises taxes, causing citizens to respond out of the same instinct to survive. Tax wealth excessively, it flees and when you cut off the path of retreat, it hoards. Lawyers become politicians because they think they can rule the world by writing a law that MANDATES people behave the way they decree. They are DEAD WRONG!  They then do not hesitate to prosecute anyone who disagrees as some sort of criminal. When that does not succeed, they send in the troops and will murder the masses for their disobedience. Look at Snowden. They pronounce him a traitor, threaten to kill him, then are shocked that he turns over everything and seeks asylum? Dah? Only an arrogant power hungry fool would expect him to return so they can keep him in a cell naked, without heat, torture him at will, and then give him a mock trial and execute him. They cannot see the world beyond their own greed for power. This is all part of the Invisible Hand operating on a dynamic scale. You cannot legislate away human nature nor nature. Try passing a law that say a lion shall not kill. Good luck!

The Panic of 1919 was a Commodity Panic that lasted for 13 years. Yes despite the “inflation” into 1929 with the Roaring ’20s, even silver declined in price for 13 years with rising inflation – so much for the argument that metals are a hedge against inflation. You cannot create one-dimensional relationships and ignore the world.

Nevertheless, the Panic of 1919 era was marked by the demise of one of the most famous investors of all time whose name has faded into the night. Jonathan Ogden Armour (1863–1927) was the richest man in the world. Ogden‘s personal fortune had amounted to $150 million at the peak in 1919.  No one suspected that a complete devastation was about to take place in all markets beginning with the commodities filtering over into stocks.  Ogden supplied the bulk of meat and grain supplies to the Allies during World War I.  At the end of the war he found himself overstocked and over-expanded along with everyone else.

When all markets broke in a state of panic, the slide was straight down.  Armour’s vast fortune in today’s terms, adjusted for inflation, would be $107 billion.  Nonetheless, he lost $1 million dollars each day for 130 days straight without exception. 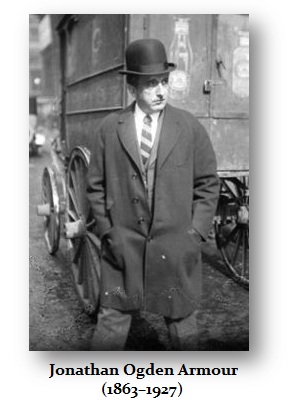 Nonetheless, Ogden died in 1927 penniless living off the generosity of friends in England, totally insolvent and owing a lot of money.  In an interview shortly before his death, he commented on his past and stated that he held the distinction in history of losing more money than anyone ever before. His family name remains famous as Armour Hot Dogs to this day. 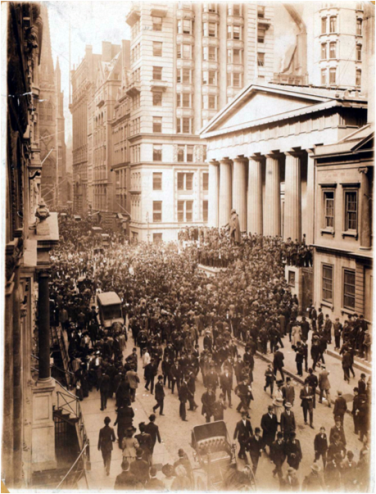 Yes, the stock market went down. However, that is not where capital was focused – it was the commodities. The 53% drop in the Dow Jones Industrials was a standard correction. The interesting part if that the Panic of 1907 marked the biggest decline in Railroad Stocks, Panic of 1919 Commodities, and then the Industrials. Capital shifts from one sector to the next domestically. It was the gold rally into 1980 that made Philips Brothers rich so they took over Salomon Brothers the bond house and the Goldman Sachs took over J. Aaron in response merging derivative expertise with equities. Blankfein today comes from J. Aaron commodity side. 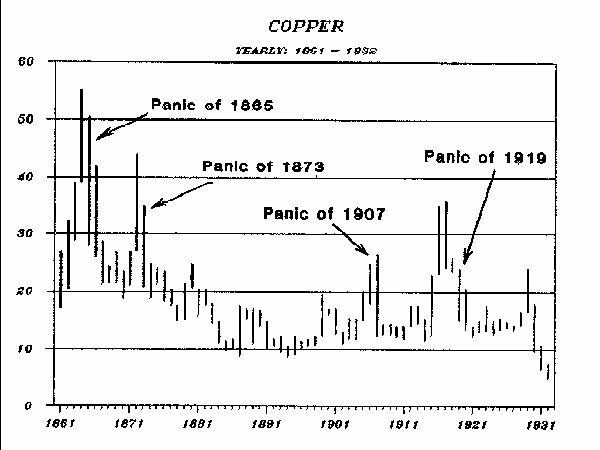 Just as the Gold Panic of 1980 altered Wall Street forever transferring expertise from Commodities to Equities and Bonds, the Panic of 1919 set in motion the interventionism for the aftermath of the Great Depression and World War II. It was the cause of wage and price controls of FDR for World War II trying to prevent the commodity cycle that was devastating from the Panic of 1919 that continued to decline into 1932. It also set the stage for the complete usurpation of the Federal Reserve, which was then order to support the US debt at par until 1951 for defeat the business cycle in interest rates during the war years. So all the interventionism began with the Great Depression and as today Germany is obsessed with austerity because of its experience in the 1920 with hyperinflation in a communist revolutionary government, the US is obsessed with interventionism to prevent austerity that was advocated at the time by FDR’s Brains Trust. So yes – the more intervention the worse it gets because government insists upon intervening for political purposes not economic. We constantly fight the last war.