Some have asked will the dollar has previously fallen with higher interest rates so why will the opposite unfold now? The answer to that question is rather important to grasp – YES and NO. Sometimes YES and sometimes higher interest rates reflects a weak currency but NO for higher interest can reflect also a strong currency. Now the perpetual critics will say oh you are zig-zagging so you can have it both ways.

What you have to understand is there is ABSOLUTELY no relationship that is EVER fixed. There will be times rising interest rates will support a currency and at other times they will rise because of capital flight as we have seen in Russia, Greece, Argentina, Brazil etc.. This is a contango within a complex system – not some linear one-dimensional world where people expect a concrete relationship that never changes.

It does not matter what it is, there will NEVER be a constant. Look at the Silver/Gold Ratio. That has been a good one. The promoters always suck people in claiming it should be 16:1 so buy it now and make a fortune. Such nonsense cannot be supported ever for the fact expose it is fictional sales-bullshit. That ratio has been everywhere from 120:1 to 15:1 since 1560. Obviously, there is no constant.

When it comes to currency, we are dealing with a sort of share price based upon the performance of a nation. It becomes a matter of CONFIDENCE which is key. When CONFIDENCE is strong in one country, capital will flee to that currency causing a bubble in assets that a central bank will misunderstand and be compelled to raise rates to try to stop the bubble it thinks is domestic oriented. This will only subsidize foreign investment further. This is how real BUBBLES are produced. On the contrary, rates will also rise when CONFIDENCE collapses as the central bank is trying to support a currency. This will typically fail for they fear lower values and rates must rise enough to exceed the expectations of any decline  We saw this recently with rising rates also in Russia as the Ruble fell.

This is where our capital flow models come into play. They provide a view as to if the capital is moving in with rising rates or running for the hills. This is that fifth dimension of CONFIDENCE, which is the next dimension after the fourth – TIME. What you expect with fixed relationships is just an illusion. There are more dimensions than just a flat model where Marx-Keynes assumed the power to eliminate the business cycle. The second dimension is realizing that there is business cycle giving height to market and economic moves some view as the boom-bust cycle. The third dimension is DEPTH, understanding the flash crash unfolds based upon market depth driven by herd instincts – PANIC CYCLE & Directional Change. 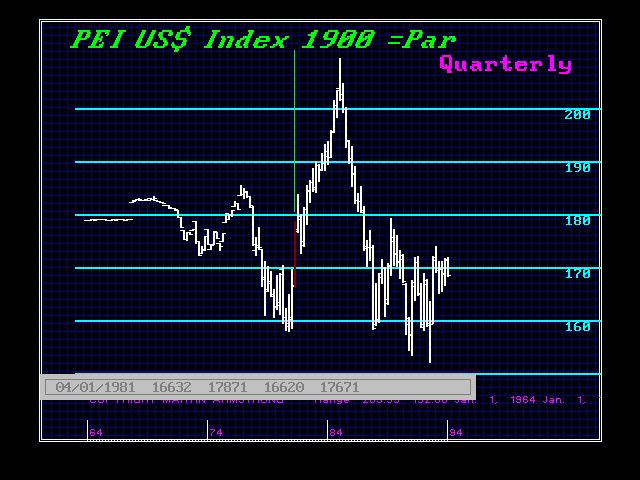 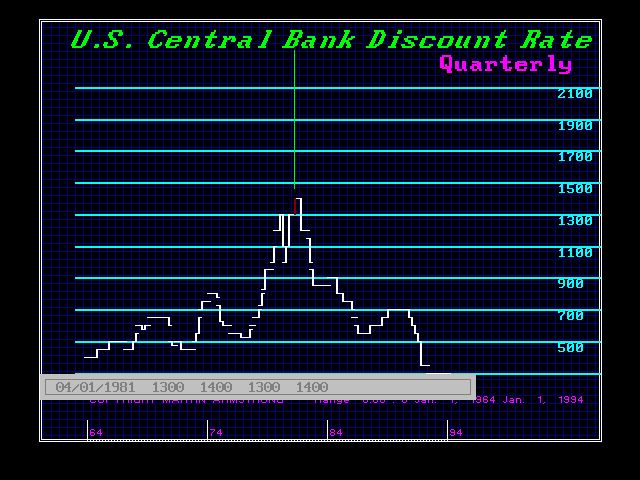 Look at the performance of the dollar at the peak in rates during 1981. The peak in rates came at the 2nd quarter 1981. Note that the dollar declined and bottom two quarters before.  This marked the warning that a shift was coming. Indeed, gold peaked 5 quarters prior. The dollar rose as rates declined. Why? Because people realized that when rates started to fall, the trend shifted and it was time to lock in as much as you could.

I was giving lectures around Europe at the time. The number one question I use to get was would the USA move to a two-tier currency? The Eurodollar market was $1 trillion and so was the national debt. Europeans believed the US would create red dollars for external and these would be worth less than the domestic green dollar. So capital moved into domestic deposits causing the dollar to rise. The Eurodollar market crashed and the domestic dollar soared. Even domestically my Mother and her sister bought CDs at banks paying over 20% for 10 years and did not think twice. 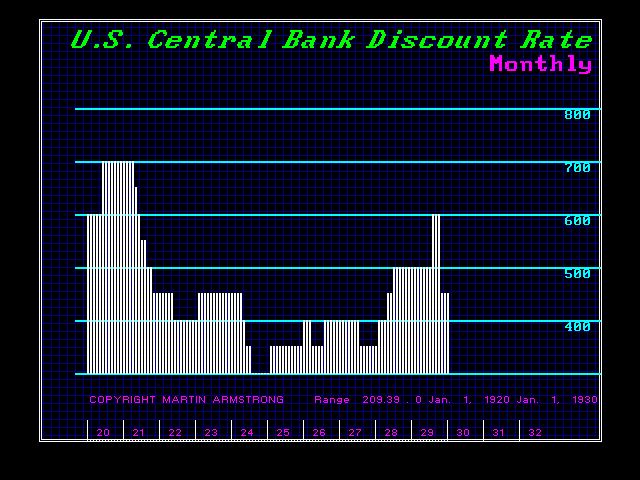 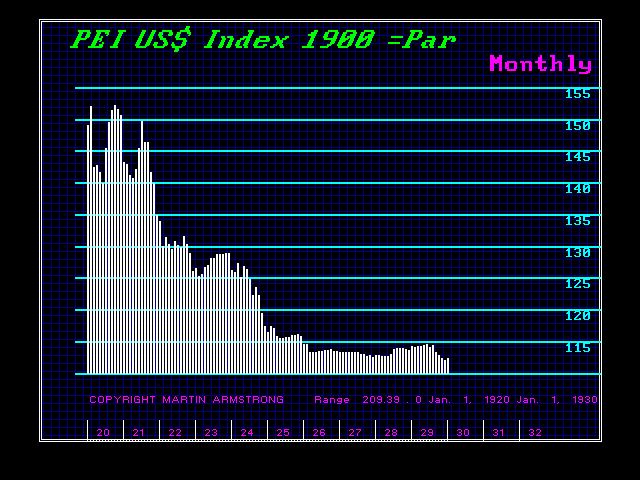 Here we see a totally different pattern. The dollar rose with higher rates because this was World War I. Capital flees from the risk of geopolitical events regardless of interest rates. Again, the Fed was raising rates trying to stop the commodity bubble.

Then the dollar rose sharply during the 1931 Sovereign Debt Crisis. We are seeing this right now internally as well within Europe. As fear rises that the Euro will collapse, capital is shifting to Germany driving the bunds to historic highs and the DAX to highs.

So it is always a matter of CONFIDENCE which determines the capital flows. So will the dollar rise because of higher interest rates or fall? This time it will rise ONLY when the realization of a Sovereign Debt Crisis is unfolding and then if we end up with an escalating war in Ukraine. Both such events will send capital to the dollar. This is not about interest rates. This is about capital movement. Higher rates are immaterial at this moment in time. It is higher rates from the USA which will help to set in motion Sovereign Debt Crisis among nations that borrowed dollars since 2007. That is post-2015.75 – not now.