Inflation/Deflation Reality Check – Understanding the Rules of the Game

I compliment you on your recent blogs about inflation/deflation. The blogs were instructive, and you had no agenda other than providing your best understanding of the topic. That cannot be said for all of the heavyweight government spokespersons that make public (mis)statements about this most basic economic process.

My comprehension from reading your blog is that the variables for explaining an inflation/deflation trend are money supply, money demand, currency value, money velocity, taxes and technological innovation. Of course, there is the intuitive understanding of an individual experiencing the effects of it.

Research of money supply charts demonstrate an increase in the supply of money after the 2008 financial “crisis.” That makes sense because of all the printing by the US to fund the US stimulus program and the Fed bond buying programs. Yet, there has been no inflation. Demand for dollars from outside the US negated the effect of the increase in money supply.

Research of money velocity charts demonstrate a decrease in velocity since 2010. There seem to be less dollar transactions going forward in time. That effect can be attributable to an increase in regulation, taxation and business’ fear of the next assault by government. Deceleration in the pace of transactions should affect currency value by increasing it. You did indicate that the dollar bottomed in 2012, and the prognosis is for the currency value to increase.

If I am correct in my understanding of the current situation, the downward spiral of deflation will accelerate. Expenditure of capital to expand businesses will decelerate. Automation of labor intensive activities will accelerate displacing lower skilled workers. Opportunities for workers with advanced skills will increase; however, our educational system cannot keep up pace with that demand. Rising currency value will decrease exports creating more pressure on employment and wages. Government will keep increasing the money supply in the hope of reversing the economic trend.  That hope will not materialize. The Sovereign Debt Crisis will be the end of the road.

Am I correct in my statements? I thank you again for providing clarity on this poorly explained economic process. 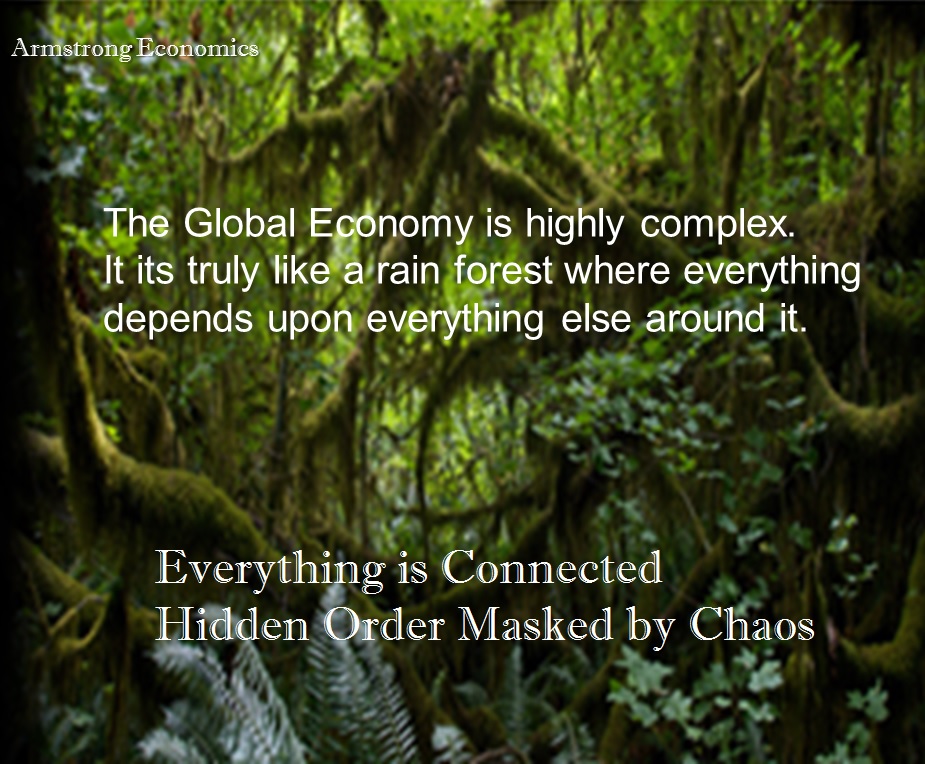 ANSWER: YES! The economy is really a dynamic environment, which is why everything moves up and down. These people who try to draft concrete rules that IF this THEN that, fail to understand programming – the next statement is ELSE the opposite will happen. Taxes and Velocity are critical. Prices will rise without increasing the money supply if people just start to do things more increasing the velocity. Government fails to see itself that raising taxes DESTROYS the economy for they do not want to hear that since it goes against their self-interest. The socialists preaching “social justice” are just greedy people who want to rob others using law. Why have schools and just pass everyone with the same grade – that would be “educational justice”. Why should Harvard be better regarded than a local community college or someone be given a higher starting wage because of their field or school. Why should lawyers charge $1,000 and hour when minimum wage is $10? All of these things are “unfair” under the same reasoning. 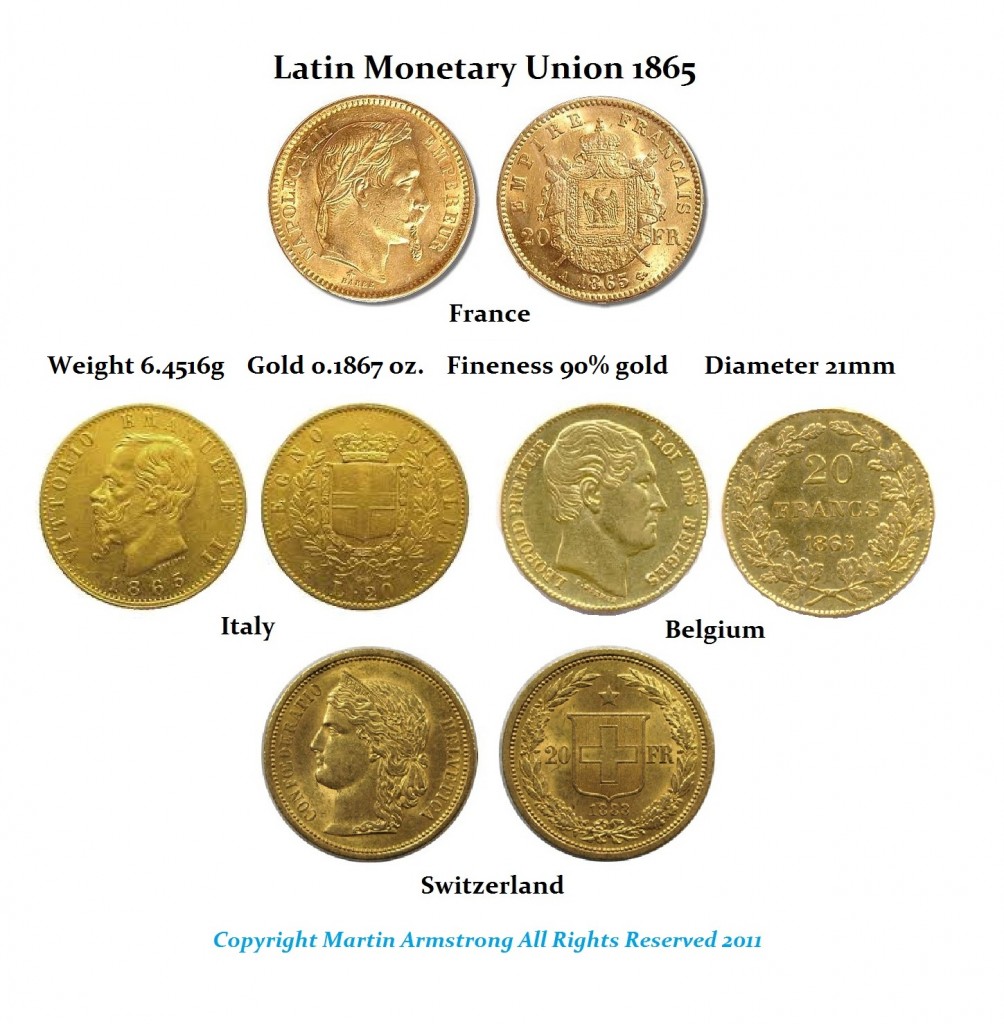 Those who preach the gold standard fail to realize that it has NEVER worked for there is no such thing as a constant check and balance – as much you think things change, they remain always the same in a state of perpetual flux. The gold standard has not restrained government, balanced budgets, or anything of the kind. It has been attempted many times and always fails. There was the Latin Monetary Union of the mid 19th century that also collapsed.

I am not selling something so I have no agenda. I have more than enough money to live so I really do not care and the more you work the more the government targets you. So if you gave all the students the same grade, sooner or latter those who wanted to achieve good grades will stop studying.

My only agenda is to stop the VOLATILITY of this trend for quite frankly I have no desire to live in a world where government constantly wants whatever I produce. I refuse to be their economic slave and that is where we are headed. They started these easy-passes and swore they would never use that info for speeding tickets. A friend went through a toll in Virginia and got a speeding ticket using easy-pass. Every bridge or tunnel they swore the tolls were just to pay for it and travel would be free once paid. NEVER have they every gave up revenue once they have it.

Governments are NOT on some inflation agenda – Empires, Nations, and City States collapse from DEFLATION – never hyperinflation, which takes place following a revolution implying the government will not survive. Under such conditions, ALL tangible assets are the hedge from real estate to gold. AS LONG AS THE SOCIETY survives, a new currency starts with a new government and that is it. Gold is the HEDGE AGAINST government for it is historically the movable asset that will survive when the society does not due to an invasion or the confiscation of all wealth as was the case during a communist revolution.

I do not care what you look at. There is absolutely NOTHING that is ever CONSTANT. You cannot point to any relationship as the NORM and perpetual otherwise government would never fall and we should still be speaking Babylonian. Communism tried to creat “social justice” by eliminating the business cycle and all private ownership. Communism could not achieve that Utopian dream. As former Fed Chairman stated, the business cycle has always won. There is no such thing as a one-dimensional permanent relationship and to promote gold on that basis is wrong and it causes people to lose money because it is propaganda. Gold is the “movable” hedge against government when it becomes questionable that society itself will survive intact, break apart in some separatist movement, invasion, or revolution.

FATCA’s impact is NOT causing a dollar collapse, but a rise in the dollar. Americans have been thrown out of everywhere. They have been forced to bring their money home. Likewise, the deflationary trend in Europe functions the same way forcing capital back. Emerging markets are collapsing as capital is forced to pull back. 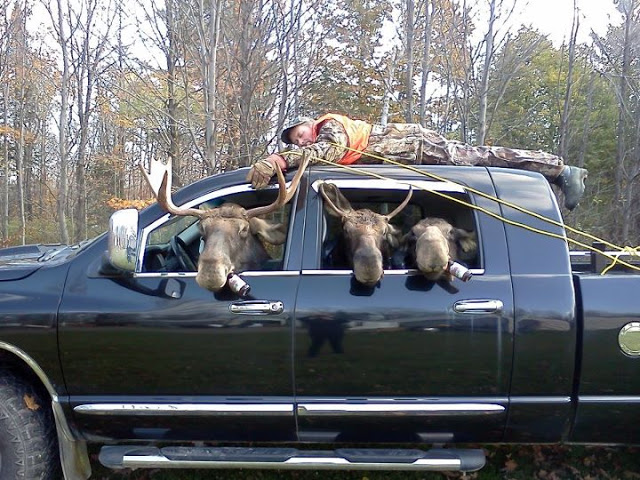 I know Obama’s secret agenda is to go back to the 70% tax rate prior to Reagan and hunt people down for taxes like wild animals in a tax-safari. We have become the prey – the tables have been turned, the treasury has been plundered, and the future is no longer in sight. Governments are hunting capital down on a global scale and cannot understand that they are completely destroying the global economy. Civilization is born from cooperation where there is a synergy creating the sum that is greater than individual parts. We prosper because of everyone with their self-interest fill in the gaps making society function creating new industries nobody can think of in a central agency. Lawyers cannot create by law with central planning any more than revolutionaries were able to accomplish that in Russia or China. Next time you go to a state agency like motor vehicles, look closely. Do you really think these people can create a new world economy?

This is VERY serious stuff. These people in power are tearing apart the very string that binds us together as a global community and our economy. They are attacking who we are to fill their own pockets no different from someone breaking into your home in the dark at night and taking whatever they desire at gun point.

I thank God I am not 23 for there may be no future left.

Survival is understanding the rules of the game. You do not sit down and play poker if you do not understand a full house beats a pair. Using fake ideas to sell something is a serious distortion for it prohibits people from really understanding the danger we face.