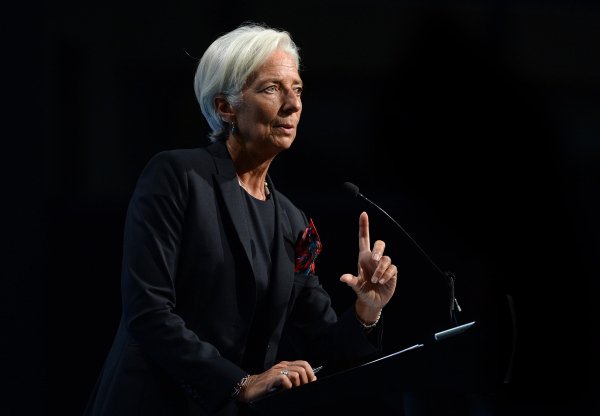 Behind the Curtain the IMF has been running around threatening all the small countries that use to be tax havens to give up all the names of foreigners. Christine Lagarde has not skipped any even Panama. This is why she was installed as head of the IMF by Obama. She has abused the power of the IMF and used this institution to threaten nations to end tax havens. The real issue is when these people have collapsed the free markets globally and there is no more loose change to be found because people then hoard money, what will they do then?

During the Panic of 1893 President Cleveland explained that capital could always flee or hoard. The average working person cannot hoard his labor. Yet jobs are only created by those with money for investment. Government creates nothing but consumes everything. When in doubt, they merely think building roads and bridges will stimulate the economy. Only where there are no roads will this approach work. They tax people to squander their money on what they merely get kick-backs on.

Never will government reform and that is what is necessary to survive the turmoil coming our way. Obama’s conspiracy against anyone with investment money is a sad state of affairs. But Obama has used the IMF to do the dirty work for the IMF is by no means a democratic institution. Obama handpicked Lagarde to head the IMF and it is highly suspicious that IMF Managing Director Dominique Strauss-Kahn was forced to resign as a staged maid in NYC said he raped her only to find out it was all a hoax. Strauss-Kahn was not in Obama’s camp and it very strange that such a sex scandal was used and he resigned only to be cleared after Obama stuck in Lagarde. I have learned one thing – there are no such thing as coincidences in politics where money is at stake.

The people have no right to vote on anything the IMF does. It is not beholding to anyone. The IMF is simply off-the-chain and like a crazed dog, just hell-bent on tearing the world economy apart with confiscations and threats. What is coming out of the IMF is neither based upon economics nor democratic principles.

« Why the Rich Get Richer
The Trade of a Lifetime? »