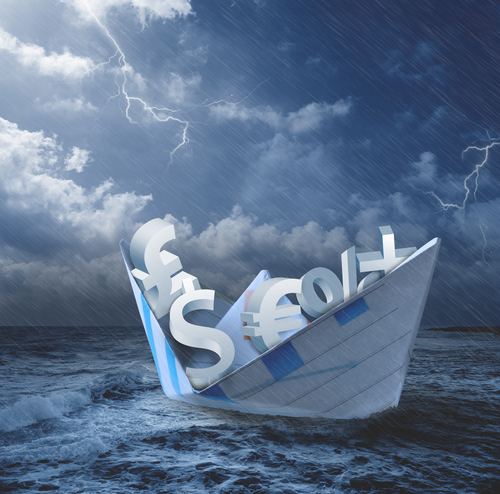 The International Monetary Fund (IMF) has warned at the G20 summit in Hangzhou, China, that in the face of crises, the refusal to reform how things are functioning will lead to economic weakness in the global economy. “The latest data show subdued activity, less growth in trade and a very low inflation, suggesting an even weaker global economic growth this year,” the IMF told G20 leaders.

Indeed, we are looking at 2016 coming in as the fifth consecutive year in which global growth will be below the average of 3.7% which prevailed between 1990 and 2007. The IMF said: “Without strong political countermeasures the world could suffer a disappointing growth” for several years to come. Christine Lagarde told world leaders: “Even in the longer term the outlook remains disappointing.”

A number of people are asking if we are advising the IMF both in front of the curtain or behind. I have met with former IMF board members as well as people pulling triggers in some central banks. But we have no arrangement to advise the IMF. If their forecasts are starting to reflect ours, it is curious, I admit. They may be looking at things using our lenses. But I have never met Lagarde and I do not advise the IMF. True, they may be looking at the Economic Confidence Model. Many countries do. There is no formal arrangement whatsoever.

As demands rise concerning social inequalities in many countries, this tends historically to only lead toward more regulation and protectionism. In the end, this is the expected knee-jerk reaction from politicians only created a negative downward spiral to the detriment of free trade. The hunt for taxes and the sharing of all information to begin among G20 members January 1st, 2017, will also lead to less investment. The EU decision to retroactively change the tax code of Ireland and the Apple deal, is a death-blow to the global economy. If that policy was employed in the USA, you cannot imagine the total chaos that would be unleashed. States normally compete against each other in the USA. The European Commission is trying to create a total dictatorship.

Structural reforms are vital at this point to prevent a real economic depression on a global scale. In countries with still weak demand, the IMF is advocating monetary and fiscal policy should intervene more to promote growth. But bureaucrats are far too disconnected from the economy to ever manage things correctly. To them, they never see a “free market” economy, only one to be manipulated to perform as they think its should be – never reality. The bureaucrats historically attempt to force their will upon the markets and that has always resulted in complete disaster. 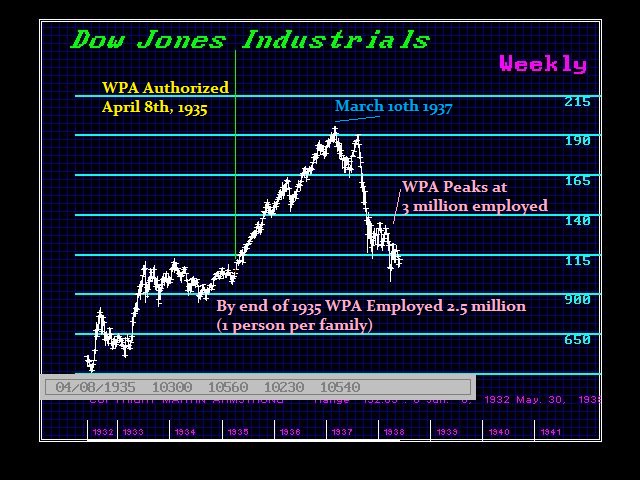 In regions where the monetary policy has been exhausted with negative interest rates having only a negative impact economically, only changes to the fiscal policy are even remotely possible to soften the hard-landing we are headed into. The formula of simply creating temporary jobs with additional public investment building roads and bridges, are never sustainable and have never reversed the economic decline. On April 8th, 1935, Congress voted to approve the Works Progress Administration (WPA), a central part of President Franklin D. Roosevelt’s “New Deal.” The US share market rallied, but this was due to the dollar devaluation in 1934 following the bank holiday in 1933. The WPA kept hiring people reaching its peak in 1938 of over 3 million and failed to prevent the economic decline in 1937 that scared everyone assuming the Great Depression would resume.

The WPA primary restriction was to hire only one person per family. Despite the claims of success, the WPA was a failure for there was no evidence whatsoever that it ended the Great Depression. It did provide relief and helped families make the transition from agriculture to skilled labor. So from the standpoint of retraining people, it did provide a foundation to build upon. However, such programs that fail to help people make such a transition within the work force are worthless in reversing an economic downtrend. In fact, if taxation is raised as a result, then it merely robs the right pocket to put some one in the left. That never provides economic growth no less stimulus. 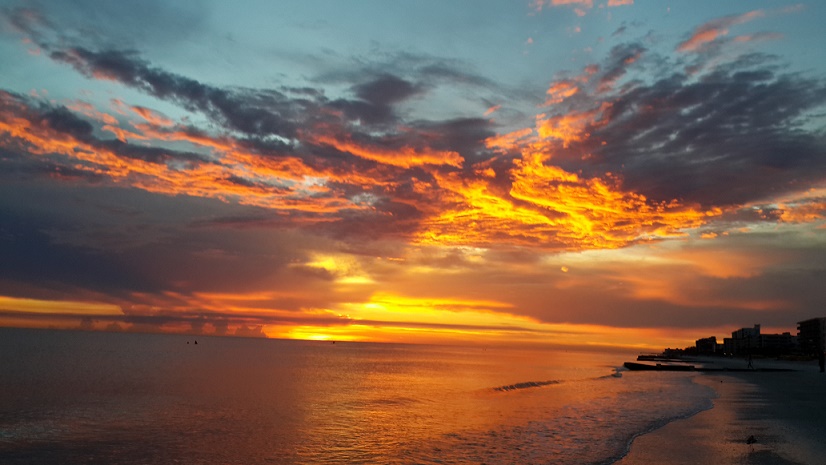 The economic warning signs of a major slowdown in growth are appearing now on a global perspective from China and Japan to North American and Europe. The sharp decline in trade was reflected in the world’s seventh largest container shipping company Hanjin which declared bankruptcy in South Korea. Hanjin is the first prominent victim of the downturn in international maritime trade. There is little doubt that this is the canary in the coal mine providing a clear visible sign of a new economic Depression is looming on the horizon.

The sun is settling. It may appear to be rather beautiful. It is always the prettiest before nightfall.

« Using SIM Cards To Track Everyone
EU Demands Apple Pay 13.5 billion Euros because they got a cheap deal in Ireland »