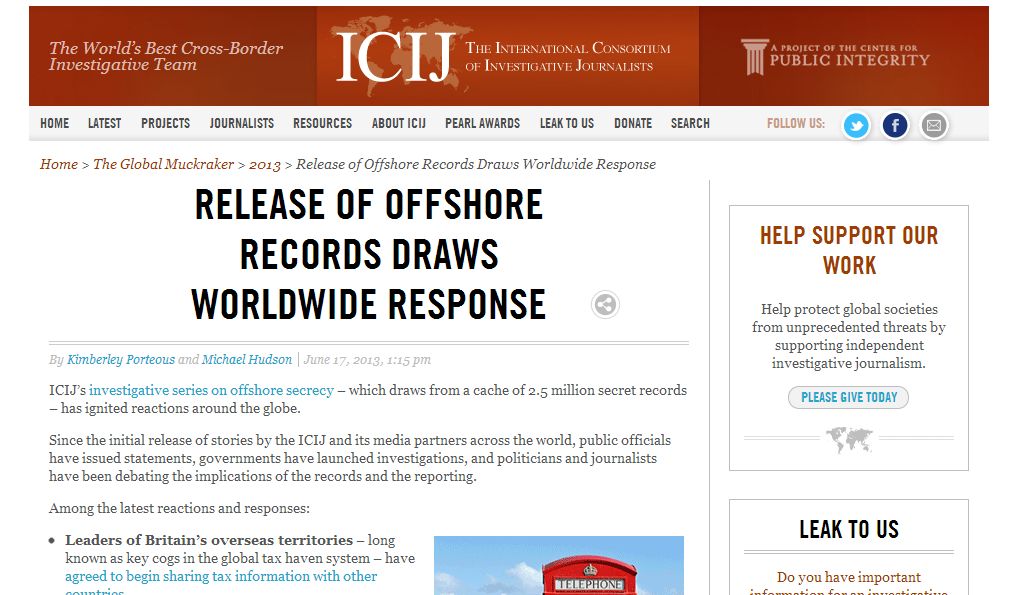 These Journalists are basically communists. Their view of “integrity” that everyone should pay their taxes rather than looking at the corruption in government that is causing widespread rise in taxes that is fueling the economic decline and rising unemployment is just astonishing. Britain is now moving to shut down all offshore tax havens. In Singapore, unable to get the government cooperation, governments are paying bribes to staff to to turnover citizen names of offshore accounts. The ICIJ has ASSUMED that any entity with a nominee director must be for hiding taxes and they want government to seize everything. These people have no concept of what they are doing to the global economy. Liquidity is off by 50%. The whole NSA crisis in the USA is impacting the dollar and the higher the Euro moves into the end of the week, the worse the prospects for the European economy. This will force Germany into a deep recession and the Swiss peg will be setting itself up for an extraordinary failure. A weekly closing in the Euro above 13432 on the cash could warn of a serious short-cover rally that will break the back of German and Switzerland opening the door for the Euro to hit as high as 14600. Nevertheless, this week remains a turning point so a temporary high would ideally form. However, gold declines because of this massive effort to destroy not just offshore havens for capital, but to shut down the precious metals as an exit for capital fleeing taxes and the banking system.

These journalists just may have hammered the last nail in the coffin. Privacy is totally gone and the world these people are helping to create is one void of all human rights. They expect society to be economic slaves and to pay whatever government demands even though it is being funneled out to back door to the bankers. They are too ignorant to look objectively that about 70% of all sovereign debt globally is accumulated interest expenditures that produced nothing for society and oppress the poor that they are so concerned about with their “integrity” and “fairness”.

« Dow Jones – Overbought or Still Just a Bun in the Oven?
G8 Going to Hunt Down ALL Capital »