Martin, would the Hyper Inflation Deflation Debate be as simple as using a stock share consolidation example to get it to people’s thick heads who believe Hyperinflation is coming?
If a large Company like Google was going bankrupt due to enormous debt does the public actually believe the shares would hyper-inflate LOL! Do you think they would attempt to raise more money and print more shares through another share issue and that will cause their coffers to fill and stock to double ? lol Do you think they could raise the money from the public or private interest!
NOOOOOOOO! They would have to cut out expenses or raise revenue by charging more for advertising or come up with some miracle.
The only thing that could happen is DEFLATION… In other words those shares would collapse and then,only then a consolidation at bargain value could occur and start anew.

REPLY: Good example. These people who only want to see hyperinflation have no end game. They seem to think the currency becomes worthless and then what? In the case of Germany, they issued a new currency backed by real estate and then turned to Adolf Hitler. Hitler blamed the bankers who happened to be Jews and that was then extended to the entire Jewish race that benefited Hitler by confiscating all their assets. He made it a criminal to have a bank account outside of Germany and in 1934 Switzerland adopted secrecy laws.

Hitler still turned against the people selecting groups one by one that had an economic benefit – he got their assets. These people seem to think there will be hyperinflation, they will all become rich, and society will be the same. I do not know where these ideas come from since that has never happened even once in history.

We are is serious trouble. Sorry – they are hunting everything that is not nailed down. Liquidity in markets is still down by nearly 50% from 2007 levels. The retail market is not yet booming in equity. The shift from public to private assets is underway BECAUSE government is hunting capital. Big money is trying to get off the grid – meaning out of the banking system and is willing to start parking in areas from collectibles and diamonds to equity and real estate. 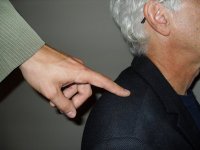 So while you are waiting for hyperinflation, turn around. The guy tapping you on the shoulder is likely to be from the government asking for more money. These people are broke and the bankers are demanding “real” money not pretend money for repayment. That comes from hunting you down. Just as a company cannot hyperinflate – neither can the state and local levels. They are the BULK of the debt and unfunded liabilities that cloud the future.