Hyperinflation – How Did They Get It So Wrong?

QUESTION: How did they get hyperinflation so wrong? 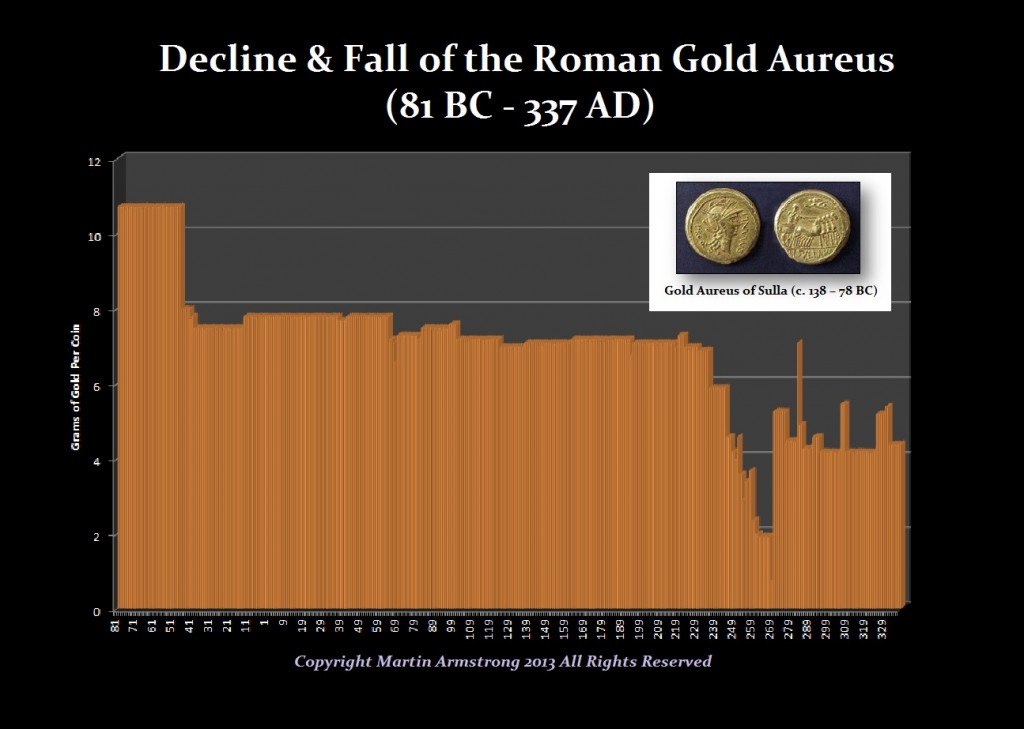 With hyperinflation they ASSUME the cause is an increase in money supply. We have just seen the Fed increase money supply by $3 trillion without inflation. This alone proves that the theory is dead wrong. We have spent tens of millions of dollars building databases on monetary history. We did not assume anything. This research has been conducted the same as Adam Smith – observe and record. Some people are just so convinced that money must be tangible and not paper that no matter what you show them they refuse to believe because they are a fixed entity incapable of adapting.

Paper money has been around since the 1200s and in ancient Egypt money was receipts for grain for thousands of years until conquered by Alexander the Great is 334BC. The premise is the same as social benefits for its value is entirely dependent upon your belief. To some you say social security will collapse and they ask where is you tinfoil hat. Government to them is like God – always was and always will be. They do not allow themselves to dare question what if, because they have no idea what they would do. People go to college to get that piece of paper yet rarely do what they majored in during school. It is just a piece of paper that shows you went to school – that’s it.

The tangible money crowd is the same. They harp on money must be tangible, hate the Fed and paper money and assume a return to the gold standard will solve everything. But it was a paper system that people believed there was gold backing the money, which proved false, which is why it collapsed. So how can we return to the same system that failed the last time? Money post-WWII was representative of value and this is still fiat. A world of only tangible money eliminates banks, necessitates taxes, and puts the breaks on economic growth. 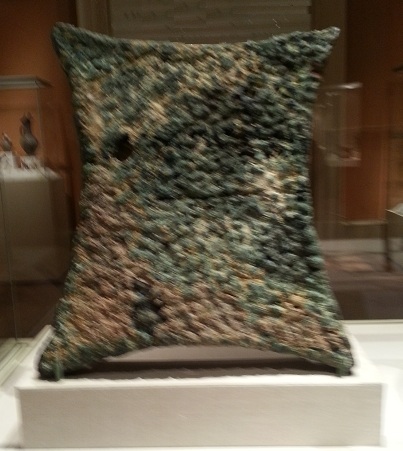 Money began as PRACTICAL. The first real money to emerge was food and cattle was worth something practical as the Romans still portrayed on their earliest bronze ingots – Aes Signatum. Money became bronze because it was PRACTICAL for both swords and a plow. The Minoans were traders and they brought the Bronze Age about and that led to the spread of writing in order to facilitate trade.Money for about 3,000 years was not gold, but bronze as this Minoan ingot illustrates. There has to be proof of a theory never just acceptance blindly.

Martin Schøyen has the finest document collection of all time. He is a Norwegian collector of manuscripts and even has a original Magna Carta. During the First Gulf War, the bombing uncovered an ancient city and all the clay tablets emerged on the black market. I was approached to buy the entire lot and I bid I think $20 million or there about. I was out bid by Martin Schøyen and because it was him, I backed off knowing I was interested only in a select portion. What I assembled in monetary history, he assembled in documents. We had dinner together in Zurich. Martin has let me use the economic text from this find, which is what I was interested in. The Legal Code of Ur-Nammu (ca. 2100BC) is the oldest known, written law code that predates Hammurabi’s law code by about 300 years. The translation of this legal code was provided by Martin Schøyen. There are those of us who have a passion for knowledge. Martin Schøyen saved this archive and spent an equal amount of money having it translated for society. Martin has even the oldest document depicting the Tower of Babel verifying the authenticity of that Biblical account. Those who teach in school that Hammurabi (died c. 1750BC) was the first legal code are simply outright WRONG!

Academics usually criticize private individuals buying such things but they lack the resources to preserve them or to even translate them in a timely manner. Academics merely like to play with everything themselves and governments do not have the money to fund their toys. Because Martin Schøyen has assembled the greatest document collection of all time and he shares it with the world is no different than Heinrich Schliemann (1822-1890) who disagreed with the academics that pronounced Homer was fiction for children without ever getting off their ass and prove what they claimed. Schliemann funded his own expedition following Homer and discovered Troy, Mycenae, Thebes, and much more. The academics hated him because he began the field of archaeology and made them look like fools. They pontificated from their ivory towers without ever stepping foot outside to PROVE what they said was true. Like hyperinflation, you cannot just select single incidents from history and then pronounce this always happens without testing the theory against the entire record of history.

Academics ridicule technical analysis, charts, and cyclical analysis without ever trying any such field. They will often criticize defining the business cycle but have never tried to prove their opinion. This has only given rise to the saying everyone has an opinion like an asshole. I began my study of cyclical analysis to see if there was anything there or not keeping an open mind. I did not begin with a presumption of its existence or prejudice against it. You cannot discover anything if you think you know the answer.

This is why our computer is so fantastic because it lacks that ego – it is what it is. We do not have to burn people at the stake because they said the sun is the center of the solar system not the earth as in the case of Bruno. Clearly, predetermined  ideas can also be lethal. We must ALWAYS stand firm with an open mind because we truly never stop learning our entire lives. Albert Einstein (1879-1955) who is synonymous with genius, said: “Imagination is more important than knowledge.” As long as you can imagine what if, the journey of life continues. He also said” “The important thing is not to stop questioning. Curiosity has its own reason for existing. One cannot help but be in awe when he contemplates the mysteries of eternity, of life, of the marvelous structure of reality. It is enough if one tries merely to comprehend a little of this mystery every day. Never lose a holy curiosity.”

Recent studies show that we continue to learn in old age and keeping our minds active increases the life expectancy. Those who are married to a single idea and refuse to open their mind are doing far more damage to themselves than they realize. Things change and we have to go with the flow. If we are fixed in some slot, we will never advance. That is the entire problem with unions and why they have destroyed the work force. They demand higher wages for the same job and resist advancing skills. If someone wants to earn more money, learn more and increase your worth. Demanding more and more for the same job simply drove those jobs overseas. I had an old school mate who became a die-hard union guy. Yet he bought a foreign car because it was “better” and “cheaper” but since he was in construction and not Detroit, somehow that was OK.

The difference is what we call in research – Garbage In = Garbage Out. There can be absolutely NO presumptions. The computer models that everyone has tried to mimic and the government tried to confiscate were designed with this understanding – I know nothing and will presume nothing. Go search the world and come back telling me what you found. Creating a real thinking machine without hard-wired presumptions like hyperinflation is caused by a increase in money supply, you actually learn something -what makes the world really tick.

Hyperinflation is created by the collapse in confidence so that people no longer trust government itself – not simply the money. China always had fiat money since the emperor was seen as the son of God on earth. Whatever he said was money and what it was worth, the people accepted. So you cannot claim that fiat money is worthless and always leads to hyperinflation. You might as well as say women should not be schooled, the world is flat, and money can only be gold.

You cannot simply assume ANY relationship is stagnant. The fundamental principles that we have discovered is that the world is DYNAMIC and as such, there are times the US share market will rise because the currency is declining and people spend whatever they have running to private assets. Then there are times the share market will rise and the dollar will rise because people are fleeing their economies and seeking a safe place to park their funds. So the US share market can rise on only domestic activity but also international trends. So you cannot create a single rule that says stock up if (x) always happens. Sorry – the world does not tick that way at all