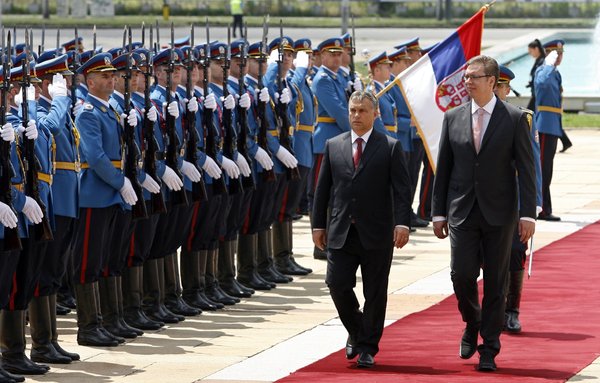 The Hungarian Prime Minister Viktor Orban believe it or job is actually being more honest that his EU counterparts. He has proposed outright to end the free democracy in Hungary. At a seminar in Romanian Transylvania, Orban has announced he wants to construct “an illiberal state on a national basis”. He argues that the financial crisis has shown “that liberal democratic states are not globally competitive.”

“Today the world is trying to understand systems that are not Western, not liberal, perhaps not even democracies – but they are still successful.” Orban in his speech proclaimed that the new political models are China, Turkey and Russia.

The term illiberal democracy refers to a system in which the political leadership had democratic elections, but then make policy decisions at will, change constitutions and can restrict political rights. In Parliament can Orban’s conservative National Party controls two-thirds of the seats forming the majority. Consequently, Orban takes more and more power, while freedom of expression and political opposition in Hungary is increasingly suppressed and civil rights restricted.

Orban states bluntly the truth from the political point of view any EU membership is “no obstacle” since this is what the EU Commission really is and more. A totally unelected dictatorship.

This is the natural progression of our situation. Politicians will NEVER concede it is them or the over-Marxist state that is causing the problem even though Marxism collapsed in the communist state. This problem is always we the people – the great unwashed.

« Why We will Go to War with Russia
Argentina Defaults – Assets Rise? »