HSBC is the bank that has been caught laundering money. It was accused of transferring billions of dollars for nations like Iran and also facilitated Mexican drug cartels in moving money illegally through its American subsidiaries. When a bank gets nailed like that and pays $1.92 billion in fines, the lawyers come in and run the bank. All of a sudden, the slightest thing is no longer tolerated and everything is suspect.

I stated I tried to wire $15,000 to a friend in Singapore to rent me an apartment when I was doing my Asian tour. Because we were friends, he paid and didn’t bother to even look to see if the money arrived. When he did 2 months later and said it never showed up, I called my bank since it had been deducted. They traced the wire and here HSBC returned it with 24 hours refusing to apply it to his account because they could not verify I, as an American, had no interest in that account.

HSBC is simply off the chain. Now, HSBC Bermuda will freeze customer accounts until they prove they have ties to Bermuda. A British woman who is a resident of Bermuda and long-time customer of HSBC Bermuda was told by a bank employee that if she could not produce evidence of her ties to the Island, her account could be frozen.

I believe HSBC is rapidly becoming one of the worst banks to deal with because the lawyers took charge and everything is now scrutinized beyond reasonableness all because they had to pay fines. This increase in the hunt for money by governments is really getting way out of hand. It is no longer good enough that you pay your taxes – you have to prove what you have is even yours. 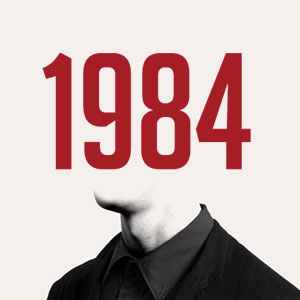 Get caught carrying even $50,000 in cash in the USA and they have the right to seize it PRESUMING it must be illegal. Anyone who dares to think there will be some return to a gold standard is dreaming. These people are eliminating cash and even when it is in a bank you still have to prove it is yours! A friend got divorced and the account was being split in half. The bank refused to wire any money to the wife at a separate bank until they showed up in the bank to prove why they were moving money and this was in Switzerland. There is ZERO presumption of anything being yours. Welcome to 1984 – it’s just a little late on arrival – 31.4 years to be exact.

This is coming down to what is yours is really theirs and always negotiable so shut-up and be thankful they let you spend anything for yourself or your family since they have the right to everything. And these politicians have the guts to pretend they represent the people – good one! You cannot own a house without paying them taxes even when you try to retire. There is no way to exit the system ever. We are becoming just economic slaves programmed to produce wealth for them to live with lavish pensions in the new age of serfdom – 21st century style.