Here is the SOLUTION – Return to Selected Funding – PERMANENTLY 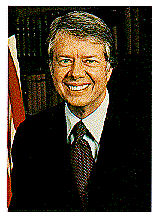 It was under Jimmy Carter in 1978 that the structure of government funding and reporting was changed. Previously, each agency had to apply every year for their budget. Then, to save time, Carter indexed them to CPI. When the CPI took off dramatically into 1980, the cost of government exploded.

The proposed plan, which would ease some of the pain of a government shutdown that has begun as spending authority expired, was presented to rank-and-file House Republicans at a meeting in the Capitol. We should extend the debt ceiling which will happen at the end of the day anyhow, and return the budget to  “selective funding” measures on an annual basis. This may actually reduce government size and spending. Nobody looks at anything anymore. It is on AUTO-PILOT.

The Consumer Price Index was initiated during World War I, when rapid increases in prices, particularly in shipbuilding centers, made an index essential for calculating cost-of-living adjustments in wages. To provide appropriate weighting patterns for the index, it reflected the relative importance of goods and services purchased in 92 different industrial centers in 1917–1919. Periodic collection of prices was started, and in 1919 the Bureau of Labor Statistics began publication of separate indexes for 32 cities. Regular publication of a national index, the U.S. city average began in 1921, and indexes were estimated back to 1913 using records of food prices.

Because people’s buying habits had changed substantially, a new study was made covering expenditures in the years 1934–1936, which provided the basis for a comprehensively revised index introduced in 1940. During World War II, when many commodities were scarce and goods were rationed, the index weights were adjusted temporarily to reflect these shortages. In 1951, the BLS again made interim adjustments, based on surveys of consumer expenditures in seven cities between 1947 and 1949, to reflect the most important effects of immediate postwar changes in buying patterns. The index was again revised in 1953 and 1964.

In 1978, the index was revised to reflect the spending patterns based upon the surveys of consumer expenditures conducted in 1972–1974. A new and expanded 85-area sample was selected based on the 1970 Census of Population. The Point-of-Purchase Survey (POPS) was also introduced. POPS eliminated reliance on outdated secondary sources for screening samples of establishments or outlets where prices are collected. A second, more broadly based CPI for All Urban Consumers, the CPI-U was also introduced. The CPI-U took into account the buying patterns of professional and salaried workers, part-time workers, the self-employed, the unemployed, and retired people, in addition to wage earners and clerical workers.

Concern over large federal budget deficits has prompted proposals to change the way the federal government measures inflation. The National Commission on Fiscal Responsibility and Reform has suggested replacing the current Consumer Price Index (CPI) with a new  measure of inflation known as the chained CPI for All Urban Consumers (chained CPI-U; sometimes referred to as the superlative CPI) would reduce the rate of inflation used in many federal benefits programs and have far-reaching effects on federal benefits.

It is now argued that the chained CPI-U may be a more accurate reflection of the expenditure patterns of many Americans than either the CPI-W or the CPI-U. Some analysts, however, question whether the chained CPI-U is an accurate representation of the expenditure patterns of certain other groups, such as older Americans, persons with disabilities, or the poor. These groups may devote a higher-than-average share of their spending to health care, when health care prices tend to rise more quickly than other items. In addition, persons with low incomes may have limited opportunities for substitution among different goods and services.

The idea is the Chained CPI will be made to turn negative and will then automatically reduce expenditure. The better solution here is to return to annual review of budgets. Who knows, maybe people will actual start to reduce government size and consolidate rather than chaining the CPI and manipulating statistics – GF (God Forbid).

It was the 1978 Full Employment and Balanced Growth Act signed into law by President Jimmy Carter on October 27, 1978 (15 USC § 3101). The Act explicitly instructs the nation to strive toward four ultimate goals: full employment, growth in production, price stability, and balance of trade and budget. By explicitly setting requirements and goals for the federal government to attain, the Act is markedly stronger than its predecessor. (An alternate view is that the 1946 Act concentrated on employment, and Humphrey-Hawkins, by specifying four competing and possibly inconsistent goals, de-emphasized full employment as the sole primary national economic goal.)

In brief, the Act:

If private enterprise appears not to be meeting these goals, the Act expressly allows the government to create a “reservoir of public employment.” These jobs are required to be in the lower ranges of skill and pay to minimize competition with the private sector.

The Act directly prohibits discrimination on account of gender, religion, race, age, and national origin in any program created under the Act. This act set in motion the automatic-pilot mode.