Has Obama – Feinstein – McCain Violated the Civil Rights of Snowden? 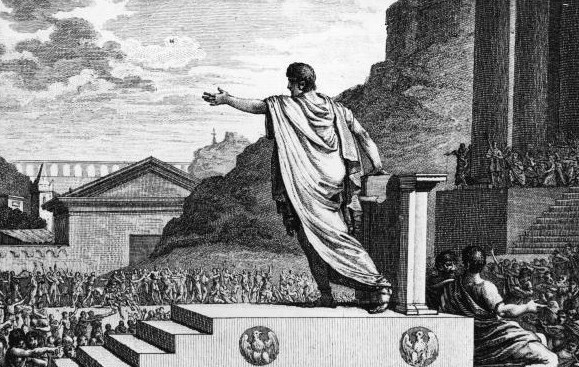 It is a violation of civil rights to falsely arrest anyone and to and to engage in a CONSPIRACY for Malicious Prosecution of that individual. Such criminal prosecutions are common by the Feds targeting local police. But these types of violations are in themselves SELECTIVE prosecutions for they tend to focus only of the discrimination based upon race. This is why we need the independent office of the old Roman Tribune who was an official separately elected who could prosecute any government office for what Obama, Feinstein and McCain have publicly advocated against Snowden. We have the stripped down version of the Office of Inspector General, however, this is an appointment and it is subordinate to the Department of Justice who is run by a White House appointment. There will NEVER be honesty in government without an independently elected Tribune who should not be a member of any party but who is nominated by the legal profession.

Actually, Ben Franklin proposed that Judges should not be appointed by politicians but rather we should have adopted the Scottish system where the lawyers nominated judges for they would always nominate the best so they could take their clients afterwards. Likewise, we need desperately a check and balance within government and that has to be a totally independently elected Office of Inspector General who has the full powers of the old Roman Tribune with nominations EXCLUSIVELY by a national vote of lawyers not even a some small committee that can be bribed.

Only such a tribune would have the duty, obligation, and mandate to indict Obama, Feinstein and McCain under the CONSPIRACY laws to violate the civil rights of Edward Snowden and any other whistle-blower against government corruption. Only when there is some independent check and balance will we ever get close to actually honest government. Anyone in government who has called Edward Snowden a “traitor” has abused their power and violated the civil rights of the entire nation. They cannot write laws that protect themselves or usurp powers the Constitution did not bestow upon them.

The Supreme Court has acknowledged “No law has any effect, of its own force, beyond the limits of the sovereignty from which its authority is derived.” Hilton v Guyot, 159 US 113, 163 (1895). What Congress has assumed by calling Snowden a traitor is that THEY are the sovereign nation – not the people. The Supreme Court has stated numerous times that the GOVERNMENT is not the “sovereign” for only the people are.

One of the earliest Supreme Court cases Chisholm v. State of Georgia, 2 U.S. 419 (1793) states this very position that Congress has forgotten in their arrogance – they are NOT the sovereign:

“Sovereignty is the right to govern; a nation or State-sovereign is the person or persons in whom that resides. In Europe the sovereignty is generally ascribed to the Prince; here it rests with the people; there, the sovereign actually administers the Government; here, never in a single instance; our Governors are the agents of the people, and at most stand in the same relation to their sovereign, in which regents in Europe stand to their sovereigns. Their Princes have personal powers, dignities, and pre-eminences, our rulers have none but official; nor do they partake in the sovereignty otherwise, or in any other capacity, than as private citizens.”

“In the United States, Sovereignty resides in the people, who act through the organs established by the Constitution. “

In the infamous decision that ruled that slaves were property, they had to acknowledge who was sovereign:

“The words ‘people of the United States’ and ‘citizens’ are synonymous terms, and mean the same thing. They both describe the political body who. according to our republican institutions. form the sovereignty, and who hold the power and conduct the Government through their representatives. They are what we familiarly call the ‘sovereign people.’ and every citizen is one of this people, and a constituent member of this sovereignty.”

“There is no such thing as a power of inherent sovereignty in the government of the United States… In this country sovereignty resides in the people, and Congress can exercise no power which they have not, by their Constitution entrusted to it: all else is withheld.”

“Sovereignty itself is, of course, not subject to law, for it is the author and source of law; but, in our system, while sovereign powers are delegated to the agencies of government, sovereignty itself remains with ~he people. by whom and for whom all government exists and acts”.

In the middle of the Great Depression, the Supreme Court once again stated in Perry v United States, 294 U.S. 330, 353 (1935), very plainly what Congress ignores today:

“The Congress cannot revoke the Sovereign power of the people to override itself as thus declared.”

“The constitutional theory is that we the people are the sovereigns. the state and federal officials only our agents.”

It is IMPOSSIBLE for a whistle-blower who exposes corruption within government to the PEOPLE who are the ONLY sovereign, not Obama, Feinstein, or McCain, to be criminally charged with treason. This is an abuse of process, Malicious and Selective Prosecution, that violates both the Civil Rights of the people and Snowden. Those in Congress who have dared to call Snowden a traitor for exposing their own corruption, are not worthy or office and have violated both Human Rights and Civil Rights. If there were a true independent Tribune, they would be standing trial right now.