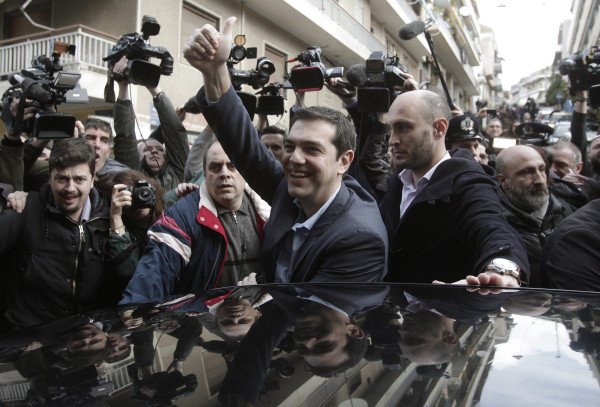 The Greek elections have come in as the polls projected. The alliance of leftist parties SYRIZA won the Greek parliamentary election on Sunday by a large margin. The party of Alexis Tsipras will therefore reach 36.5 percent of the vote. Accordingly, SYRIZA can expect 149 to 151 seats in the new parliament. For an absolute majority of 151 of the 300 seats in the Greek parliament are required. The previous ruling conservatives under Antonis Samaras will be according to projections 27.7% holding just 76 seats.

This is not yet complete. The EU will be on its belly now crawling for Greece to stay in the union falling from their hands and knees. Nevertheless, this should do more to fuel speculation about the Euro over the next few months. The EU could not stop political elections. They can stop votes on leaving the Euro directly with behind-the-scene machinations.

« Everything has A history
Youth Take Back Their Country – Greece »