The greatest scientific FRAUD of all time has been this Global Warming nonsense. But hey, they are great snake-oil salesmen who manage to get billions of dollars thrown at them to study what they will never admit are just natural weather patterns. This is is so damn cold, I think a few more months of this and I may never be able to have children again. The pipes will freeze and break. What the hell. Since we are just making up theories, that is fair game.

There is record ice now forming in the Great Lakes that will exceed all records. When it keeps getting colder and there is more ice now at the North Pole when there should be none by now according to Al Gore’s first ranting on this subject, these con-men changed the title to “climate change” with the same assumption we did it. They are con-men for there is no possible way any REAL researcher would have come up with this theory without back-testing. This is like looking at the stock market that rises for 3 years and pronouncing it will continue to rise forever. 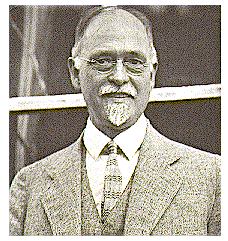 Oh let me see. Irving Fisher did that in 1929 pronouncing the market reached a new permanent level of higher prices.  He famously predicted, three days before the crash, “Stock prices have reached what looks like a permanently high plateau.” Irving Fisher stated on October 21st, 1929 that the market was “only shaking out of the lunatic fringe” and went on to explain why he felt the prices still had not caught up with their real value and should go much higher. Then on Wednesday, October 23, 1929, Fisher announced in a banker’s meeting “security values in most instances were not inflated.” For months after the Crash, he continued to assure investors that a recovery was just around the corner. Once the Great Depression became obvious, Fisher finally warned that the ongoing drastic DEFLATION was the cause of the monumental cascading insolvencies that were unfolding since deflation increased the real value of debts fixed in dollar terms. Hello Merkel – reread this line a few times please!

Once someone takes a major position based upon opinion, they will always go down with that opinion refusing to admit a mistake in personal judgment – i.e. Japanese depression & US foreign policy of Obama as well as Merkel’s austerity in Euroland.