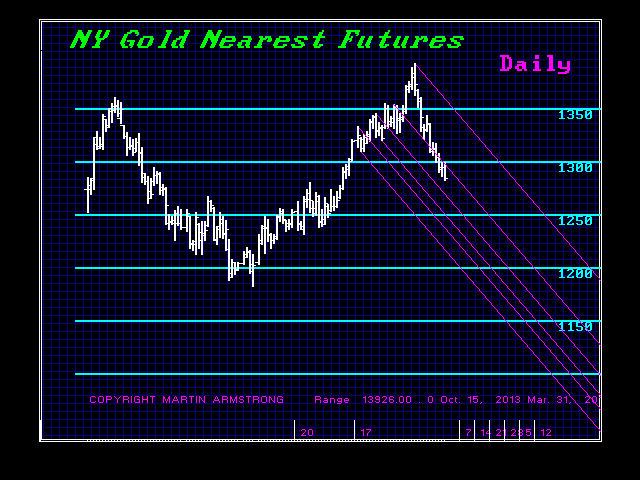 I have stated NUMEROUS times that gold is neither the hedge against inflation nor does it rise all alone during hyperinflation when everything rises. The difference between gold and other investments such as real estate and stocks lies in its MOVABILITY. During hyperinflation, EVERYTHING rises so long as the nation survives aside from the government. If the nation is being invaded or you have the confiscation of all wealth as was the case during the Russian Revolution, then tangible assets collapse and only gold survives for it can be easily transported from one country to the next. If the government collapses but the country survives intact, even real estate rises as do all tangible assets. Our ONLY problem or wildcard right now is that the transportation of gold becomes impossible thanks to metal detectors. This introduces a whole new variable to gold being the historical MOVABLE asset class. This is the danger presented by the NSA – the impossibility to do anything for our survival.

The Gold Promoters as always got all lathered-up proclaiming the bull market is here. They never bother looking at the world around them and cannot get through their heads that there is a huge difference between analysis and self-promoting. It gets to be like politics. The far left like the EdShow will never say anything good about a Republican and the same is true on the extreme right. Between the two is reality.

We closed Friday below the Weekly Bearish at 1309 and now we are testing the next Weekly bearish at 1280. After that we show 1240 and thereafter new lows once again. The tree has to be shaken. Just as in the stock market, when we forecast that it was turning back in 2011 and NEW HIGHS would be seen, that seemed like a novel concept that Barron’s mentioned in passing. Nevertheless, all the way up the talking heads were talking it down. That is why it kept going because the MAJORITY must ALWAYS be wrong. That is the fuel that makes the markets move.

We see a low ideally forming temporarily as early as tomorrow. If gold bounces into a marginal high next week on the 9th, then lookout below thereafter. The 2014 Metals Report will be out shortly with the long-term forecasts. 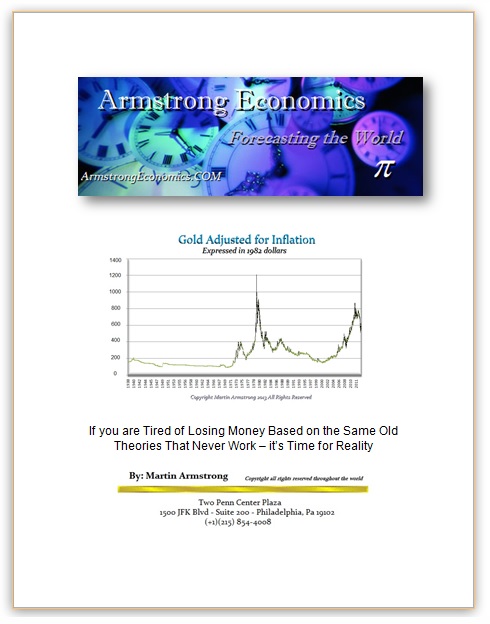