Gold – To Buy or Not To Buy

Gold is still in a basing phase. The interesting thing is how some have sold this market as the single exception to everything in the world and how it can only rise. Gold is a tiny fraction within the scheme of the global economy. It really is no longer relevant for in case you haven’t noticed, they have successfully replaced even paper with electronic bits of data – ie Bitcoin. This changes everything and eliminates privacy. 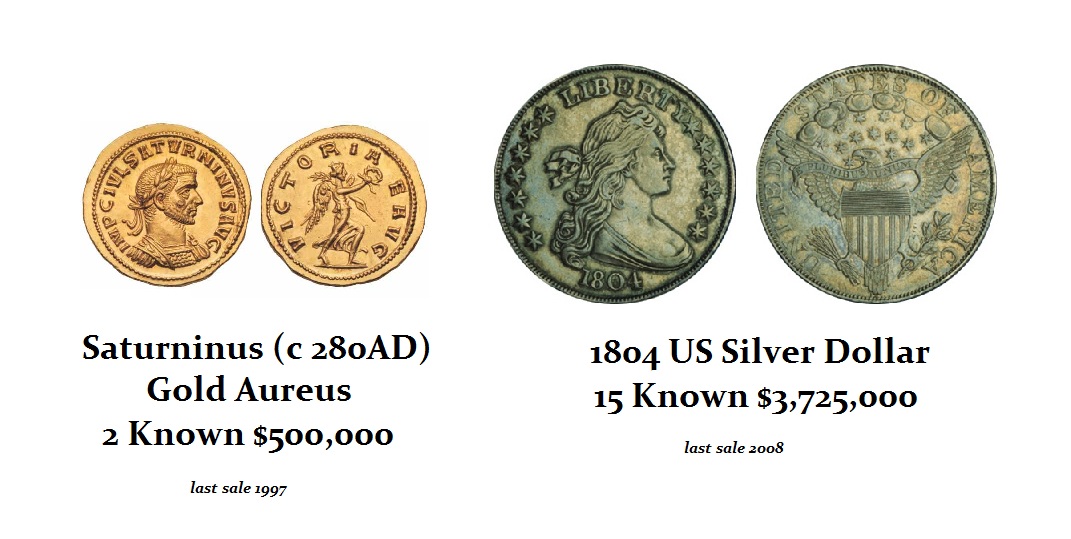 Nonetheless, all is not lost. It is important to at least understand the nature of the beast or else how are you going to survive. Gold is a  infinitesimal market and claims that it has to rise to $30,000 to restore some equilibrium sound nice, but are impractical. Here are two coins, the rarest of all Roman known as the Saturninus of which (1) is in private hands, and the 1804 US silver dollar of which there are 15 known. The Roman sold for $500,000 back in 1997 whereas the 1804 sold for $3.7 million in 2008. The Roman today would probably fetch $5 million or more, but there is no equilibrium. Demand fluctuates and like the silver gold ratio, it will move all over the place.

The advantage of gold has been its wide acceptance of an object of value. That has made it desirable and negotiable. But make no mistake about it, it will not go to $30,000 simply because if you divide the gold reserves into the debt that is where it should be. Sounds nice, but NOTHING works that way. Using that logic, the Saturninus should bring 15 times that of an 1804 US coin or about $55 million. You can look at countless areas in all countries and sectors. What makes a condo worth $5 million in NYC when the same thing in Princeton, New Jersey would be $1 million. It is called demand. The Dow was at 1,000 in 1980 and gold hit $875. The Dow reached almost 15,000 and gold almost 2,000. Under this logic, gold has to rise to match the Dow, or the Dow must crash to match gold. Such equilibrium comparisons are like fools gold. 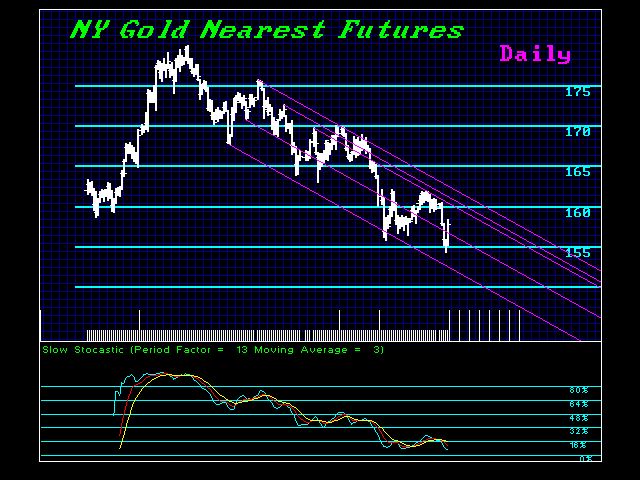 Gold will rise, but not until 2015-2017 for an exponential move. It should find support and establish a base. It will rally and get everyone excited as they always do coming out claiming the low is in place and how they were right because money is fiat. Then gold will go back down, they will eventually have to capitulate and those that bought on the nonsense of stories for the wrong reasons will get burned as always. Understand, it is a market. There is a TIME to buy and there is a TIME to sell. Welcome to cycles.