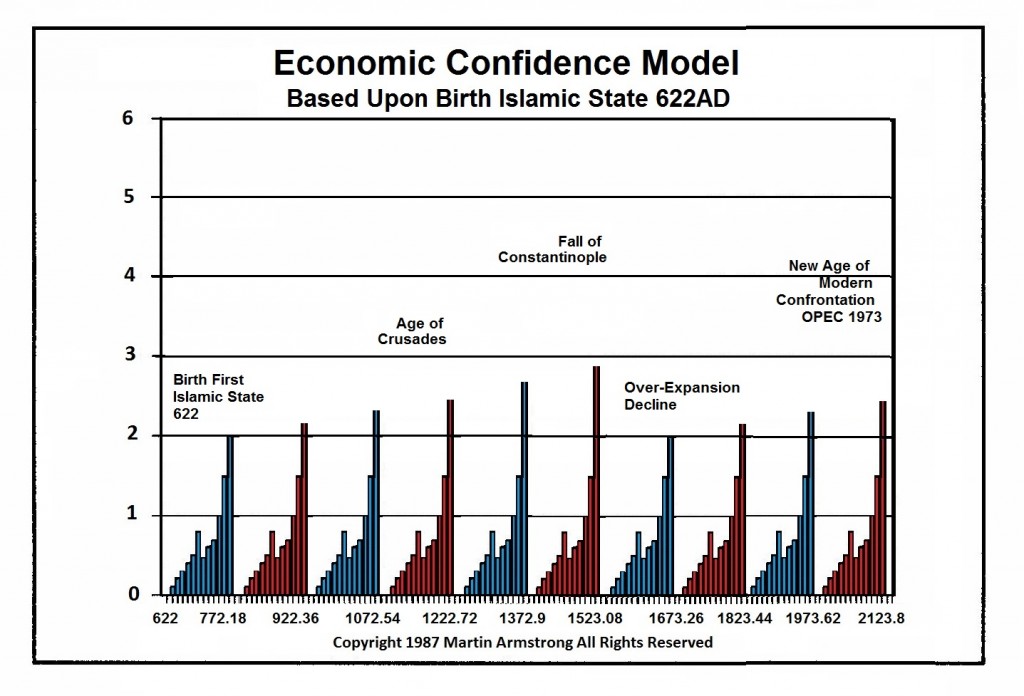 The bounce is really seasonal, yet it is being explained as everything but. The war raging in Iraq is part of that cyclical movement in line with our religious models we will update. We are in the confrontational phase of Islam that began in 1973 with the first OPEC shock and now a civil war between the Sunni and Shiite is emerging more openly. Our original forecasts in the 1987 report appear to be still on target in respect to Islamic trends.

The real bounce in gold is not due to war. That is the typical domestic spin. The real issue is the growing move toward electronic money and the bearishness in Europe with the increasing talk of federalization of Europe. This will be the real long-term issue for the rise and sustainability in gold – not war without serious global risks.