Gold – The January Pop – On Schedule? 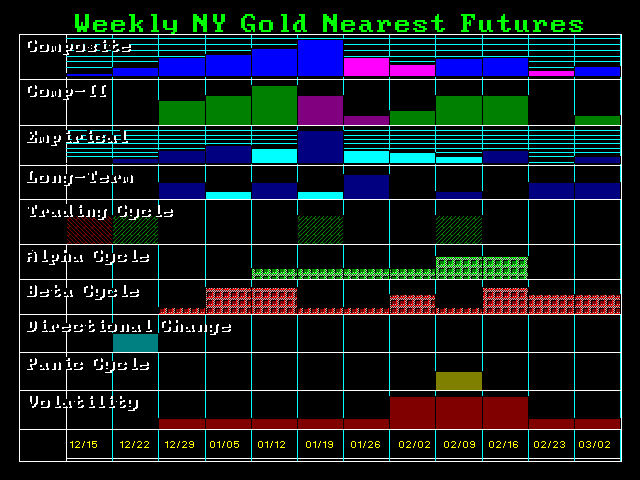 Back in December, we warned that gold would produce a pop and that the main resistance was in the 1250-1275 level. We now need a closing ABOVE 1250.50 tomorrow to confirm a further advance is possible. This is part of the interconnections. This forecast for a pop in gold into January was not “opinion” and it most definitely was not based upon any fundamental. Gold was basing even when the dollar was rising because the capital flows were sensing major problems in Euroland. I have warned that gold is NOT A HEDGE against inflation, it is a HEDGE AGAINST GOVERNMENT and that is what we are watching – the European hedge at the moment against the collapse of the Euro. In this context, gold and the dollar can rise together. Gold is not only a dollar influenced commodity.

Hopefully, people will start to notice that it is futile to argue against me when this is not my personal opinion. It is irrelevant as to what anything “thinks” v another or to pound one’s chest that they are right and everyone else is wrong. This is about reaching a new understanding that we ALL NEED EACH OTHER and the free movement of capital is essential to world economic growth and sustainability.

Raising taxes reduces disposable income and that can ONLY reduce economic growth. France with its insane 75% tax rate sent hoards of French to move to London abandoning their homes in Paris renting them out really cheap because they could not sell them. This is PRECISELY the deflationary aspect created by taxes and this is how Rome collapsed.

Theories about money supply have misled countless people and most of the manner in which analysis is conducted on a domestic level, prevents us from advancing economically from here. Politicians run promising to change whatever domestically, which may not even be possible given the global trend.

We have so much to learn and it seems there is no incentive to make that small step forward to save ourselves and our posterity from the same repetitive nonsense that clouds our future. We remain blind, deaf, and politically-muzzled  with little hope of making life better. Political-correctness in analysis is killing us. It certainly is reducing our ability to survive what awaits us ahead.