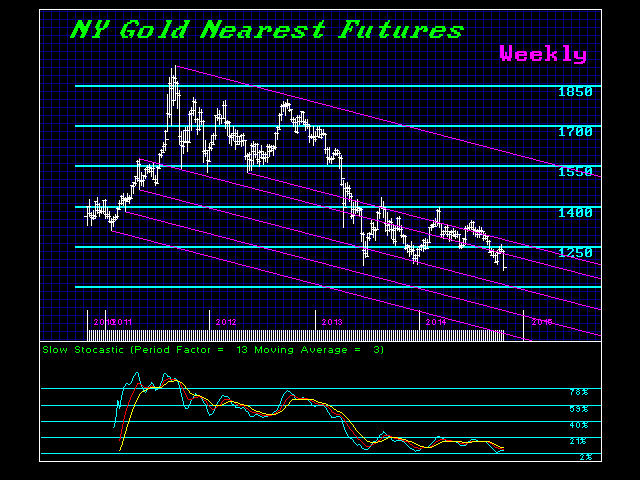 No. I have not forgotten about gold. Yes we are making new lows in Nearest Futures. Gee – it is declining with oil that the same crowd swore the numbers on oil production were manipulated to make people think there was a glut. Then they said prices were declining for the elections. Excuses piled upon other excuses. This is why fundamental analysis is just wrong. You never know if you have all the fundamentals and then there is the plague of bias.

What needed to be said about gold was said in the 2014 International Precious Metals Outlook. The price targets and the timing remain in full force. A closing below $1227 at year-end will warn that gold should press lower despite all the ranting, screaming, hate mail, and fantasy theories how only gold is money, Shanghai will be real gold that will shut down paper gold in NYC, and the perpetual manipulations by banks to keep gold down to support the dollar as if they really cared about that. 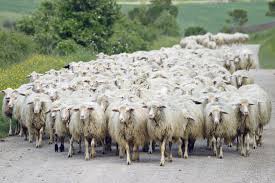 These fundamentals have been regurgitated countless times to sucker people in to just buy and hold and when it goes down keep buying forever until you lose the house, car, wife, kids, and the dog. This is like hoping for a miracle cure to appear before one dies. Sometimes, reality is just what it is – a harsh dose of reality. Understanding markets and HOW they are all connected is the only thing that separates the smart sheep from the herd,

The real future role for gold is laid out in that report in detail. The bench mark cycles remain the primary target for the low. So there is not much to get all excited about before then. Sure there will be a reaction rally and again they will be touting crazy numbers. Perhaps the $10,000 by year-end will evaporate into thin air and resurface as $15,000 by next year-end. They will just keep touting nonsense until something happens and then pretend they never said anything before.

We will consider an update blog for those who purchased the International Precious Metals Outlook so as not to undermine your support for real forecasting.