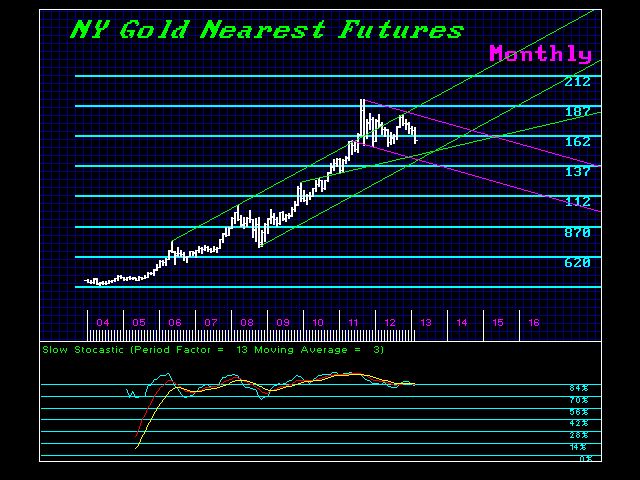 Everything as far as strategy is concerned depends upon your position. Those who have physical coin it is more difficult to sell and buy than to hold. Traders must go with the trend. If you have tons of physical, then you should be a hedger. Gold has not BROKEN yet. It is in serious trouble but the key in gold lies at 15470, 15413, and 15323. We have a huge gap from there to 11589 and this is not real good from a trading perspective. If you are a trader, of course you must sell. Physical coins, in a reasonable quantity should just be hedged. Small quantities, of physical gold are typically just a hold.

So it is entirely possible that if the 11500 gives way, we will stop just under 1,000 flushing out everyone who keeps saying buy and never sell. If that is too much risk, then sell and get back in with the first Monthly Bullish Reversal elected.

Gold is like ALL markets. It rises and falls. Physical gold with golds is an insurance policy. This is NOT the “investment” to make INCOME from. That requires trading or buying stocks that at least pay dividends.

Thus, buy, sell, or hold depends upon you personal threshold of pain and your objective. Trades – trade off the Reversals. We are not yet ready for prime time. We are still looking at May/June 2013 as a key target in TIME. Keep in mind, that the faster you decline, the faster it is over with. The slower more dragged out, the greater the risk of a dead market for several years. We will have to reassess where gold is come June.