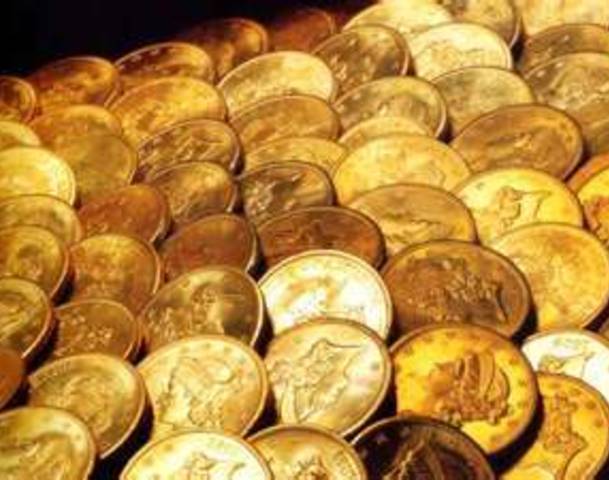 The hate mail from die-hard Goldbugs is just endless. People seem compelled to always blame someone else for their own misguided ideas. I have said it plenty of times, between 1970 and 1974 gold rallied from $34 to about $200 on the whole theory of inflation, fiat money, we just abandoned the gold standard in August 1971. All those same fundamentals thrown around today existed then. But gold peaked, fell by about 50% to $100 in 1976, and you know what – the fundamentals were still the same – fiat. Then gold fell for 19 years after 1980 – the same fundamentals they argue today to buy gold applied then as well. Gold dis not decline because I said so. It declined on schedule after a 13 year rally. It would do so regardless of what I said. The decline ALWAYS comes when the majority are wrong. So stop the conspiracy theories. Review what you are listening to – that is your mistake. Granted, “smart” money trades technically and they usually do not want to be betting against our computer, which calls the shots WITHOUT passion or bias.

The point is, all those “reasons” to buy gold mean nothing! Gold is the hedge ONLY against political instability. It is the instrument that will enable you to transition from one currency to the next. Stop blaming me for your own lack of independent thinking. Wake up. All that talk of fiat I have said numerous times is bullshit. Asia has ALWAYS had fiat currencies since 240BC. There is a lot more to it than that.According to the Mining News, “Investors are dumping over 10 tonnes PER DAY.” When we break 1540 level, then we will really see the weak-longs hurled out of the tree. This is necessary like going to bed. You wake up refreshed. NO MARKET goes straight up. Everything rises and falls.

« The Real Story of What Went Down Today in DC
Italian Unemployment reached 38.7% »