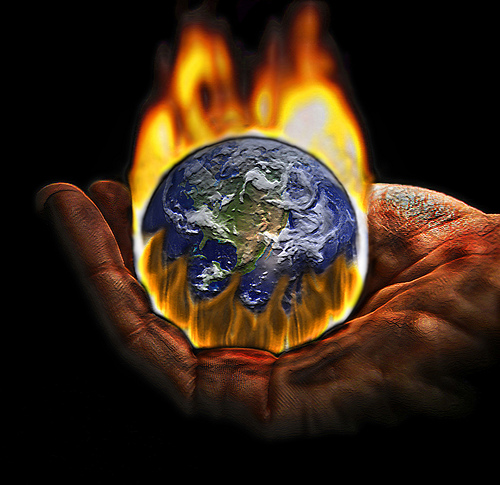 Your writings have brought me from the global warming is a “fact” side back to the undecided. I understand the cycles you are speaking about but I still cannot understand how we dismiss the horrible effects man places on this world between emissions, plastic, garbage, knocking down entire rain Forrest’s fracking I’m mean the list is a mile long

How one can say man can do no wrong is beyond me it’s like saying man didn’t cause the extinction of certain animals it’s all cyclical. Well if you kill enough they will go extinct.

How do you remove mans negatives on the world. So no matter how much junk we throw in the ocean the ocean will be fine?

ANSWER: There is a major distinction between man having the ability to alter the weather cycles and destroying the environment. In London during the 1980s, the air quality was horrible. The buses pouring diesel smoke in the air making it actually hard to breath. I loved London, but hated the air quality. Today the buses have been cleaned up and London is pleasant once again.

These are important issues about our environment. The problem becomes when people take an issue and then distort it for personal reasons no less gain. This is like the gold promoters telling people to buy gold because there is no gold in Fort Knox. Even if this were true, good luck in proving it. They exaggerate their claims denying there are cycles making the majority look at them as shysters since everything rises and falls.

Fracking seems to destroy the underground water. Throwing junk in the Ocean with hospital waste etc that washed up on beaches is criminal. But these things are separate and distinct from altering historical weather cycles. They discredit making sure we do not “shit where we eat” by going to extremes claiming we have altered the weather. Let’s just keep it real without the lies.

There is a resilience to life. The exclusion zone around the Chernobyl nuclear power plant of about 1100 km after its meltdown about than 20 years ago, has turned out to be anything but the dire predictions. Mice were found to have mutated since they reproduce extremely fast. After several generations, they actually began to thrive on radiation. Humans were evacuated and animals moved in. Like the Black Plague, more than 50% died during the 14th century while others adapted and survived. It is never a 100% impact in either direction.

It is not a choice between living in filth and the environment. Nobody wants to live where they cannot breath. But to use normal cyclical weather patterns to try to accomplish other goals is an outright fraud. Then to request billions of dollars to study what you made up, well that is outright criminal.

Man is not capable of altering the trend of weather. Sure we can throw garbage on the street, but that will not change the weather. We need to stop this assumption we can play God.