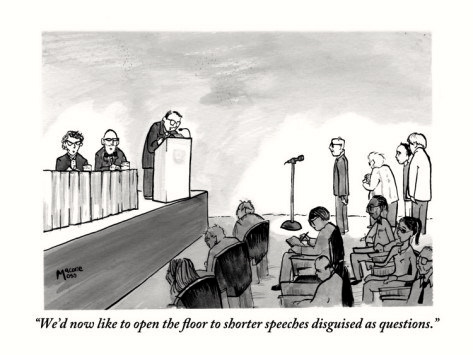 Winston Churchill said that “History is written by the victors.” That is so true even among Establishment Academics. Anyone who thinks that Global Warming is really caused by man is naive to say the least. This is a political agenda to raise taxes by politicians and to reduce population growth among academics. What these people have done is the same as taking the equivalent of 5 trading days and pronounced that the stock market is in a perpetual bull cycle. Starting with the introduction of automobiles since 1920 and claiming this has altered the entire weather system of millions of years with no investigation into cyclical weather cycles over millennium (Ice Ages), is just bogus analysis no different from trying to judge the future of the stock market for decades by the last 5 days. The Establishment Academics are blackmailing anyone who disagrees with them. This is nothing new for academia – they do this all the time in every field – suppress new knowledge.

Global Warming is all about money and raising taxes for politicians to pay for their pensions and support all their illegitimate children. Among academics, this is a religion, but they are also just corrupt socialists. Money pours into academia to create bogus studies to support the theory of Global Warming for taxing power as well as other agendas. So, Establishment Academics line up like those in the inner city on welfare check day to get their welfare checks to put out studies on all sorts of things with a predetermined conclusion. There is no “think tank” in Washington that really thinks. They all have a biased agenda if it is weather, archaeology, religion, history, all the way to economics and politics. 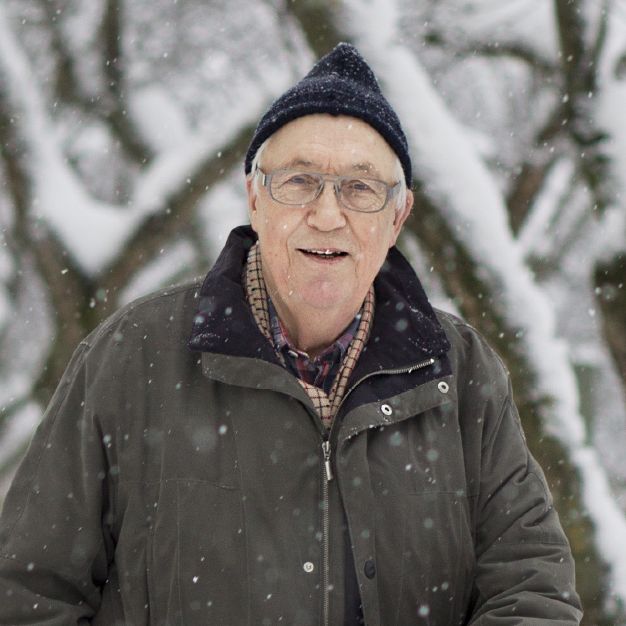 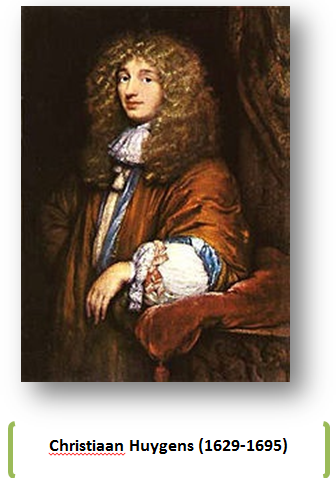 The man who discovered cycles and stated that light moved in waves rather than a straight line was Christiaan Huygens (1629-1695). However, because he was a Dutch mathematician, astronomer, and a physicist, who took an opposite position to Isaac Newton (1642-1727), he was ignored by academics because he was arguing against the establishment just like the anti-Global Warming establishment today. It took Albert Einstein (1879–1955) to look at Huygens’ work and accept that his discovery was correct and contrary to Newton. Huygens’ discovery was fundamental, yet largely ignored by Establishment Academics. Einstein himself was trying to move the establishment so he had no problem reviewing Huygens’s work. 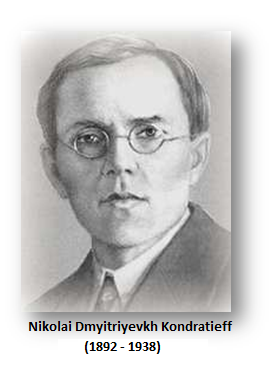 Studies at the University of Chicago and the University of Minnesota have found that teachers smile on children with high IQs and frown upon those with creative minds. Intelligent but uncreative students accept conformity, never rebel, and complete their assignments with dispatch and to perfection. The creative child, on the other hand, is manipulative, imaginative, and intuitive. He is likely to harass the teacher. He is regarded as wild, naughty, silly, undependable, lacking in seriousness or even promise. His behavior is distracting; he doesn’t seem to be trying; he gives unique answers to banal questions, touching off laughter among the other children. E. Paul Torrance of Minnesota found that 70 percent of pupils rated high in creativity were rejected by teachers picking a special class for the intellectually gifted. The Goertzels concluded that a Stanford study of genius, under which teachers selected bright children, would have excluded Churchill, Edison, Picasso, and Mark Twain just to mention a few.

It was the academics who accused Henrich Schliemann of fraud in his discovery of Troy, Mycenae, and other cities they declared fiction written by Homer for children. They suppress EVERYTHING in history that proves them outrageously wrong and they black-ball any academic who dares to disagree with the establishment. Yet these people teach our children theories as if they were fact.

In Mexico during the 1960s, a stone tool was discovered about 75 miles south of Mexico City at a site known as Hueyatlaco an archeological site in Valsequillo, Mexico. Geologists working for the US Geological Survey dated the tool to 250,000 years old. Four tests were conducted using different methods and all concurred regarding the date. Dr. Virginia Steen-McIntyre’s attempts to publish the findings were delayed for years as every effort to publish the work was met with obstruction. 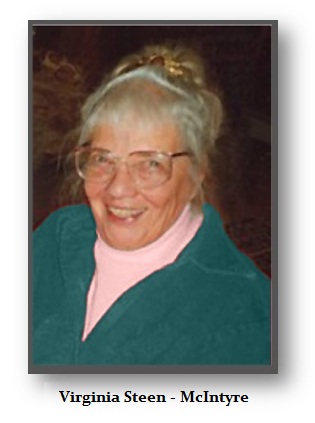 After these excavations in the 1960s, the site became notorious for the establishment would not accept the dating despite the fact they could not prove it was false. As this finding placed human origins not beginning in Africa, as academia maintained, but revealed that their entire theory was perhaps completely unfounded. This archeological site demonstrated that sophisticated human-made tools were discovered in geographic strata with multiple peer-reviewed studies that were dated to ca. 250,000 years old. This evidence destroyed the academic consensus that habitation of the New World began with widespread human migration only about 13,000 to 16,000 years ago, and that Africa was the origin of human life. Academia still refuses to investigate with unbiased hands.

Establishment Academics suppress history all the time. There are major discoveries that clearly show civilization existed with cities around 9,000 to 10,000 BC. (see Forbidden Archaeology). There exists the cocaine mummies of Egypt that demonstrate there had to have existed a trade route between South America and Europe down to Egypt. Indian statutes were found in the ancient Roman city of Pompeii. Raoul McLaughlin has written a book Rome and the Distant East that is an excellent gathering of all the ancient writings to demonstrate that Rome had trade with Arabia, India, and China. Trade across the Pacific is also known and clearly, there was an ancient spice trade that probably included drugs. All of this challenges directly what the “established” academics have taught for decades. 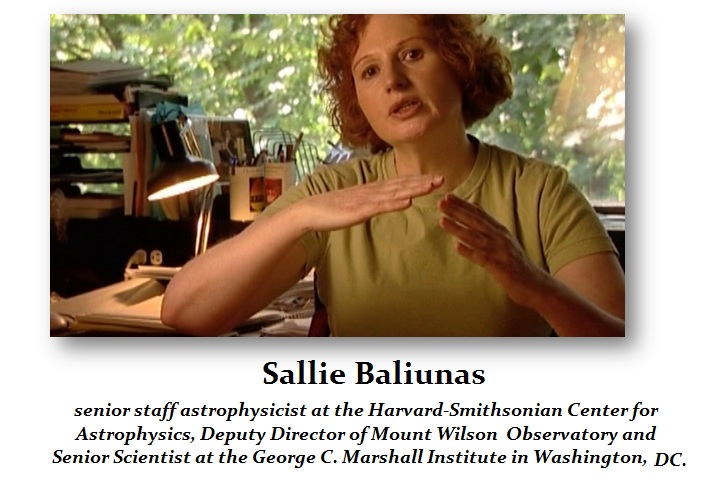 Weather has fluctuated according to a 300-year cycle in the energy output of the sun as demonstrated by Sallie Baliunas. The Global Warming crowd refuse to address the natural cycles of weather before 1920. Humankind has been driven hither and yon in search of better weather and food supply. Thus, migration throughout the world has also been a byproduct of the Business Cycle.

I have mentioned before that I was at a political dinner at the National Press Club in Washington where Bill Clinton addressed the crowd. Someone doing the seating arrangement sat me and Richard Fox who was Chairman of Temple University at the time at a table with the HEADS of the environmental movements. They assumed we were from academia and spoke freely. They were bragging how their real agenda was to reduce population. Dick led them on and they boasted more insanity with each passing minute. Finally, Dick asked them: Whose grandchild are we trying to prevent from being born? Your’s or mine? Global Warming has been a justification for all sorts of taxation. Politicians are full of hot air and are only interested in taxes. As tax revenue has declined from  tobacco, they are now moving to tax electronic cigarettes. It is always about the money. They sold the income tax to get those rich bastards ONLY back in 1913. By 1935, well we needed payroll taxes to introduce Social Security and then World War II came. They always lie to sell you a poison pill.

Global Warming is another hidden agenda. The politicians are eager to climb on board not to save the world, but to raise taxes. The academics are driven by the money so they can sit in their rooms collect welfare checks for totally worthless nonsense.

Sure pollution is bad. We need to breathe etc. Moving to electric buses in cities is great. But the nonsense that man can change the weather cycles. They never heard of Ice Ages or explained how did the world warm up to end them without mankind?  They have changed their tone after the coldest winter in 35 years. First it was just a “pause” implying a cycle. Now they boldly state it is part of the global warming process to swing back and forth. They are now trying desperately to change the name of their cause to “Climate Change” because Global Warming implies only getting warmer.

They never heard of the White Earth affect nor did they ever account for the Year Without a Summer – 1816 that was set in motion by the 1815 eruption of the famous volcano Mount Tambora, in the Dutch East Indies (Indonesia), which was the largest known eruption in over 1,300 years. That event hurled so much ash into the atmosphere it blocked much of the sun. That caused massive food shortages as crops failed. All the cars on the planet could drive for more than 500 years and not create such an event.

There is a huge difference from pollution that makes it an unpleasant place to live and something caused by man who in less than 100 years can alter the course of weather that has always been cyclical, not linear, for millions of years. It is the Establishment Academics that refuse to look at the business cycle and foster government control of society and manipulation to achieve political goals.