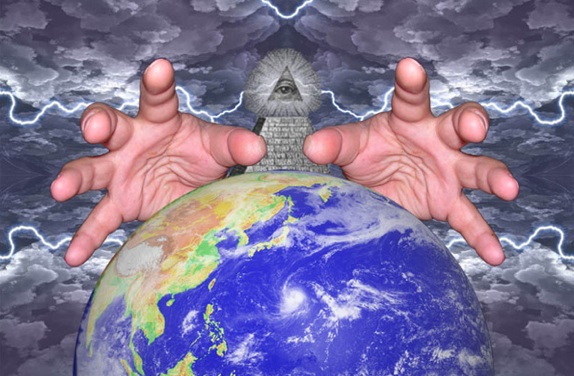 Some readers have asked questions in regard to the popular conspiracy stuff about various notorious groups and why I disagree with such CONSPIRACY theories. My point is this. IF THEY WERE truly in control, they would NEVER have cared about me. When there is a crisis, I am the one that gets called in. WHY? Because everyone knows I am not part of them. However, the crisis is caused by their attempts to manipulate markets – not the entire world economy.

This is the key point. There is a difference between TRYING to control and BEING in control. They try to control government so they can act freely without prosecution, but their object is to create the risk-less perfect trade where they defeat the business cycle and simply always make money perpetually.

Do they TRY to manipulate markets for quick cash, YES, but do they succeed NO! They blow themselves up every time like clock work. WHY? Because they are operating under the presumption that if you pay everyone off, they can control the outcome. They fail because they paid bribes and try to rig the game so they pay ZERO attention to systemic market risk. They assume like Karl Marx they can defeat the business cycle. NEVER have they succeeded even once.

These people blame me every time because Princeton Economics had actually under contract more than $3 trillion in portfolios for consultation. So they assumed they needed me on their side because they thought if I just said something, I could defeat their best plans. I would announce “they” are back looking to manipulate some market. Yes I stood up and warned they were targeting the yen in March of 1999 and the Japanese locked in their roll to defeat their manipulation. True, they lost more than a billion on that one and hated my guts for it. But it was my job to warn clients just as I warned gold would decline not rally.

I had NO personal accounts and that is why the Feds could NEVER charge me with insider trading or some other nonsense – yet they investigated every angle possible. I had to give up personal investment in order to do my job. I simply did know too much and I would select where companies should locate for the best outcome and restructure borrowings in cross currencies to turn debt into a performing asset. When HSBC was going to take over Republic National Bank, its former chairman came to my office in London to discuss what I thought of Republic. I knew the stock would double in price, but they knew I could also be trusted. I was paid well not to invest personally.

There are conspiracies to manipulate a market for a short-term play. There is ABSOLUTELY no conspiracy for long-term objectives that do not produce money right now. They are greedy – not philanthropists. Do they buy governments and stuff people in political positions? Absolutely. They try to rig the game so they do not get prosecuted. That is a long-term plan that way. But they are incapable of rigging the economy because they CANNOT dictate capital flows. They own Obama right down to his socks. They will wipe out Europe and have Germany in their back pocket. Only a moron would consult with someone who can trade on that info pro or con. Smart clients will NEVER allow such a thing. How can they ever be sure my advice is the best or trustworthy if I have positions in what I advise on? IMPOSSIBLE! These politicians are simply BRAIN-DEAD. How can they possibly consult any banker in NYC who is a notorious proprietary trader? Pure stupidity or they turn the other way selling out their country for pieces of silver and scraps of paper. Pure treason at its best.

If they were remotely successful, there would be no crash and burn. Sorry – they too will go down in flames. All the bribes in Christendom will not save their skins.