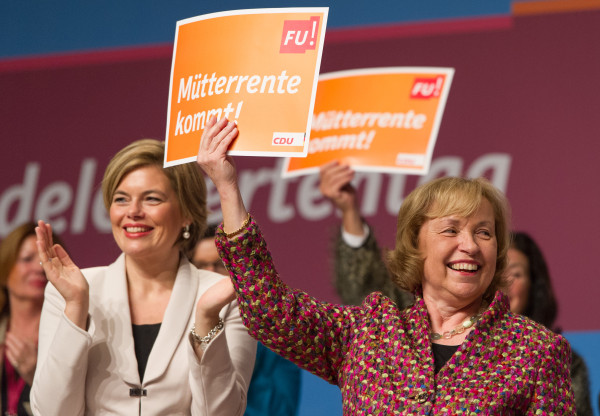 Germany is promising a Woman’s Mother’s Pension  for those mothers whose children were born before 1992. They will be entitled to early retirement at 63. The retirement package includes not only the retirement age to 63 for the accelerated expansion of the Union of pension, but it also offered a slightly improved disability pension. It is to go into force on July 1. Anyone who thinks the Euro will not crash in the years ahead had better look closely at Germany. With its municipalities on the edge of bankruptcy, just where is this pension going to come from brand new out of the box?

« Swiss vote Against Minimum Wage by 77% to 23%
Constantine Saint or just another Political Fraud? »