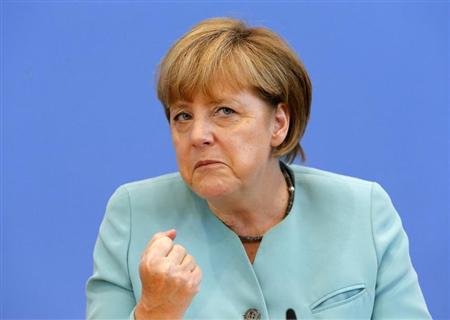 The European debt crisis will be at the center of the policy of the new government on Monday whatever emerges. Debt cuts and bank bailouts will bring heavy losses for the German taxpayers and savers. Goldman Sachs will tell the Germans where to go and that will inevitably profitable for them – not the Germans. Department of Finance VII already has plans to perform controlled the expropriation. Naturally, the truth is always hidden until the elections – real democratic. 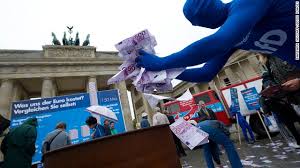 After the election, the new government will tell the German taxpayers and savers that they have to make considerable sacrifices involuntarily. The European debt crisis has been hidden from the campaign of the established parties. The only alternative for Germany (AFD) has been forcing the issue upfront. They staged rallies burning fake Euro bills – but is anyone listening.

The compulsory levy for savers in Cyprus is the blueprint for future expropriations in Europe since the politician see that has been successfully tested. The advice from the banks is to cut spending. So what you get is higher taxes, less service, and the interest payments flow to the bankers. The entire system is unsustainable on a long-term basis so we will have crisis after crisis.

« Apple
Everything is a Cycle »