G20 Leaders Plead with Fed Not to Raise Rates 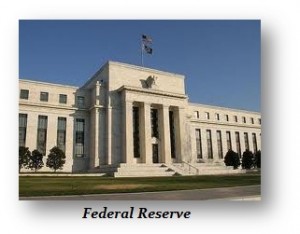 The degree of crisis that we are now moving into is just off the charts. The G20 finance ministers have urged the Federal Reserve to “minimize negative spillovers” from potential interest-rate increases. With the collapse of the Swiss/Euro Peg, they have been stunned into the realization of cross-currency borrowing. For decades, bankers have been marketing loans in different currencies as a means to reduce interest rate costs. However, once the bankers sell these deals, they just walk away.

The collapse in the Swiss/Euro Peg has exposed the amount of mortgages and loans in Swiss being found in Britain to Greece. This is a drop in the bucket. For the amount of debt issued in dollars has grown by 50% since 2007 and has now reached some $9 trillion. This the total amount owed in dollars by non-bank borrowers outside the USA. If the Fed raises interest rates as anticipated this year for the first time since 2006, higher borrowing costs for companies and governments, along with a stronger greenback, will create the greatest economic collapse in modern times.

The dollar debt is just one example of how the Fed’s tightening would ripple through the world economy. From the housing markets in Canada and Hong Kong to capital flows into and out of China and Turkey right down throughout South America and lets not forget the Middle East and Australia.

I have explained the QE1-3 would not be inflationary and all those who simply try to equate inflation to money supply have been dead wrong. The dollar is now THE world currency. Not merely is world trade taking place in dollars, we have world debt as well. The increase in money supply has been easily absorbed globally and that has rendered the old theory constructed on a simplistic idea that inflation is solely driven by an increase in money supply are in adequate in today’s global economy.

Liquidity conditions globally will start to tighten as this idea of negative interest rates unwinding the entire leverage of the economy as well. Emerging markets will not be the only area that will be affected. We have a domestic US economy now being fueled by collapsing energy prices and mortgage rates falling through the floor to historic lows. Anyone who can now take a mortgage or refinance at these lower rates on a FIXED basis should get off the couch and run before it is too late.

The broad trade-weighted dollar has strengthened 12.3% since June, and we expect the dollar outright will advance further as the Fed is forced to tighten while the European Central Bank continues to monetize with negative interest rates buying in failed sovereign debt. Of course, Japan extends its record stimulus as well leaving the USA the only game in town. The pegs of China will have to go as the dollar rises China will have to let go of the balloon or be dragged even higher into the sky without a footing. The pegs in the Middle East and Denmark will also have to go as more and more cappital concentrates into the USA. 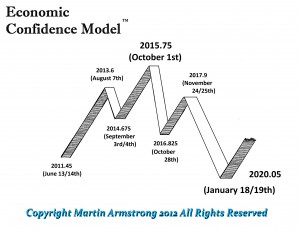 The stronger greenback will become the wilder the market will become as liquidity declines and volatility rises. We are most likely going to see that Phase Transition in US equities unfold with a 2017 high. Just as the 1987 high took place on the half cycle leading into the peak of the ECM in 1989, this time we are likely to perhaps see the US share market peak on the half cycle after 2015.75.