The French tax Gestapo has raided the french subsidiaries of eBay, Paypal, Google, Amazon, and even LinkedIn (LinkedIn France SAS) in Paris. The French tax Gestapo over the last couple of months have raided many large US multinationals looking for money and French using their systems and emails, They fail to undetrstand all they are doing is now chasing out the foreigners. You have to be nuts to have an office in France any more. 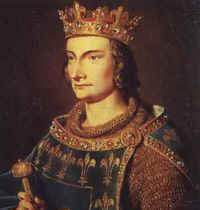 It was Philip IV (1285-1314) of France who also needed money desperately and began to attack the Italian merchants operating in France. In 1291, Philip IV arrested all the Italian merchant-bankers and extorted huge fines from them in return for a right to do any business In France. The French seizure of Italian bankers led the Pope to recall a significant  portion of the papal tax revenues that were on deposit with the leading Italian Merchant bankers – the Riccardi. This clearly placed the Riccardi in a downward trend from which they did not recover. Then Philip IV seized the Papacy to steal all their funds and moved it from Rome to Avignon. He did not stop there, but then installed his French Pope drone and seized the Knights Templar stealing everyone’s money they held in safe-keeping. Certainly, this trend toward arbitrary seizure was set in motion during the 13th century and wiped out most the the banking system for nearly 100 years.

The French government appears to be headed down the same path. Guard your possessions well. The French are coming – don’t worry about Greeks right now they have no gifts left. The French historically offer nothing and seize everything.