François Hollande’s new government only stifled voices of dissent from the left wing of his Socialist Party. These marginal changes simply mean that France is headed down the dark path to meet its destiny and as the second largest economy after Germany, France will take Europe as a whole with it. Hollande’s already unbelievable weak political standing both in France and his diminished respect within the wider European economy, will only have a very chilling impact that dooms France in the future. We are watching live how empires, nations, and city states die.

These governmental changes leave the direction of Hollande’s policy intact. Hollande is desperately trying to hold on to the theories of Marx that were born there in France. Hollande cannot connect the dots that socialism and communism failed for freedom belongs inherently to the people. He cannot grasp that if you told students in school they will all get the same grade regardless of their effort, you would soon destroy the purpose of education. Individual self-worth and achievement may invoke envy in the slackers, but it creates great civilizations among the enlightened. Hollande does not understand that this same basic concept applies in economics. We are people with equal right – not equal abilities or desires.

France is collapsing and there is no possible way this country can be saved in its present economic state. If nothing else, the crisis has made the entire world look closer at France even though Hollande cannot understand that his ideas are simply dead wrong and have proven to be dangerous.The collapse of communism was far less detrimental than the collapse we are witnessing in socialism. Under communism, people distrusted government as a whole and were more self-reliant. Under socialism, people expect to be taken care of by government. They are totally unprepared for what happens when government cannot honor its debts and promises.

Hollande, since the beginning of his term in 2012, has taken the country from bad to worse. He has no effective policy tools available to him in an atmosphere within France that is simply unbearable. He has alienated the very people who create jobs and the unions who see nothing wrong about kidnapping a boss and his family until they get their demands cannot understand why nobody will build plants there with such practices.

France is actually worse than Spain and Greece and its policies are even more detrimental for the French people have depended on a greater degree of government services and aid. In Spain, Greece, and Italy, the attitudes have been to most ignore government retaining a higher degree of self-reliance.

The problem for Europe is France’s high public debt, persistent unemployment and stagnant growth that now threatens to transform the five-year euro crisis into a chronic economic death for Europe. There is nobody left to bailout France. This will ultimately split Germany apart from France even though the politicians will not admit the error of their ways. 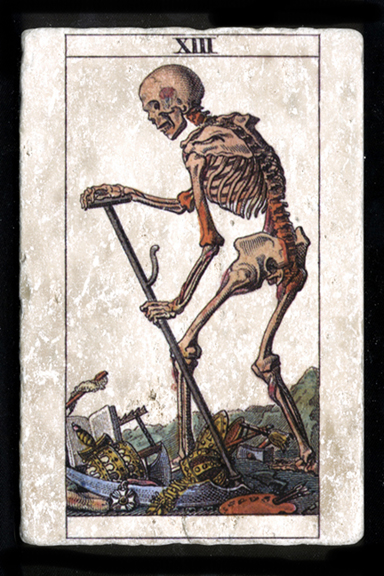 European culture now hangs in the balance. Is it too late to save Europe? Well, it might take a benevolent dictator to save the day and there does not seem to be anyone on the horizon no less with the expertise of knowing how the reverse the fortunes for Europe.