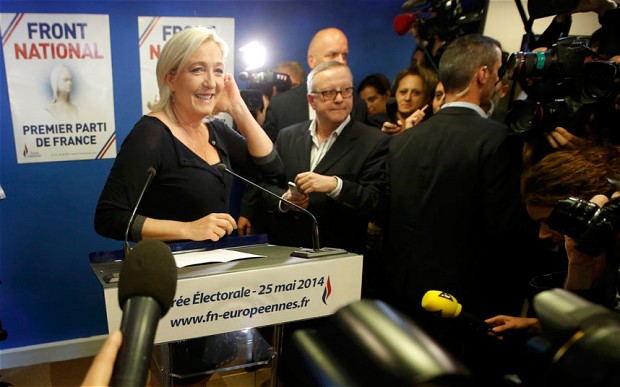 Marine Le Pen and France’s National Front political party is poised to take the biggest swing toward anti-Europe ahead of even Britain. Le Pen declared victory in European Union elections as voters backed populist, far-Right and Left-wing parties in a backlash against immigration and the euro’s economic policies. The European elections for 2014 show that EU citizens voted against immigrants, austerity and the establishment. So much for those that claim the Bildebergs control the world.

This is a truly stunning defeat for the European political establishment. Le Pen has defeated Francois Hollande’s Socialists by 25% to about a 15% vote. The victory means that Miss Le Pen’s National Front political party will increase its number of MEPs from three to 24 in an “earthquake” for French and Eurozone politics. Le Pen told the Press:

“Our people demand one type of politics: politics by the French, for the French, with the French. They don’t want to be led anymore from outside, to submit to laws.”

The elections have indeed been a huge rejection of the EU policies. What is happening in France prefigures what will happen in all European countries. France is the second largest country in the Eurozone. This will put tremendous pressure on the European Commission. That is the dangerous group to watch. 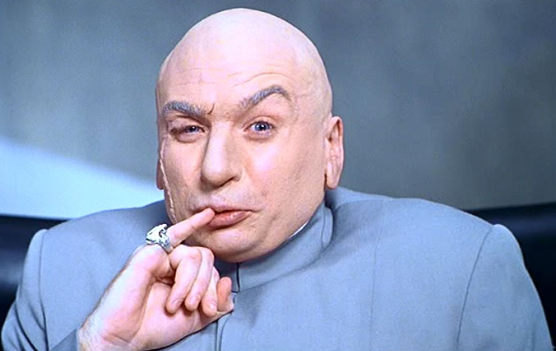 The EU Commission took out the heads of Greece and Italy who wanted to leave the Eurozone. What will they do now? If there was ever a Doctor Evil, it has been the European Commission.