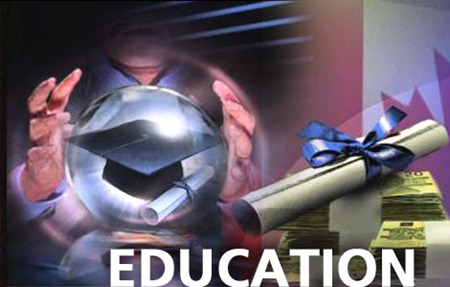 I refer to your recent post “Education becoming a fraud?”

I couldn’t agree more but it’s surely it’s worse than that. I live in a northern UK town with an above average university. Over the last 3 years at least 3 very large academic buildings have been erected and countless apartment blocks for student accommodation. This is mirrored in numerous other UK towns and cities. My inbox in filled daily with e-mails with opportunities to invest in student accommodation offering 9% fixed / guaranteed returns on investments. Student fees have trebled in the last 3 years and the UK government have outsourced their student loan debt http://www.bbc.co.uk/news/business-25084744. As I am a director of a recruitment firm I notice that the quality of basic education and brain washing that these institutions churn out I know is poor. Attaining a degree has become more important than core values, substance and a strong work ethic. How does your computer see this scenario playing out?

I’ve only recently discovered you and I have to say I am starting to see the light, thank you for all your insights!

REPLY: For centuries, the primary schooling was an apprenticeship. You learn by doing the same as a language. You can read about a language all you want, but the best way to learn is simply being there. Rosetta Stone teaches precisely that method. That show you pictures and you get the gist of what is going on. Teaching cannot be done by someone who has never done anything in the field. All the blow-ups from Orange County to Long-Term Capital Management when they said Genius Failed, was because taking theory and applying it to reality NEVER works. This was the very difference between Karl Marx and Adam Smith. The former tried a theory and killed more people that anyone in history and the latter OBSERVED the Invisible Hand the Socialists hate so much because they keep trying to force the economy to do what they would like to see.

We really need to return to apprenticeships. I only had to retrain the people who had degrees, which was a huge waste of time. The vast majority of CFOs I met around the world did not have MBAs in finance. The majority had degrees in Engineering where people are taught to at least think out of the box.