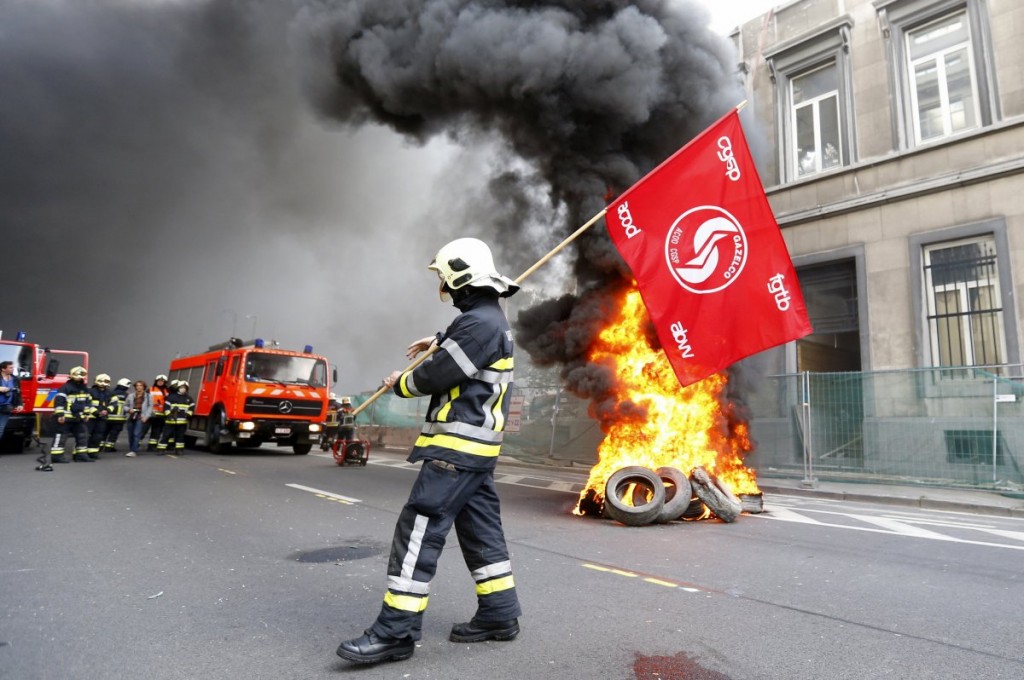 Thousands of firemen battled against the police today in Brussels. The demonstration erupted with Firefighters blocking roads and the tunnel between Arts -Loi and Madou . They were protesting against their working conditions and cuts to the budget. They gathered in front of the prime minister’s office where they were blocked by riot police and barbed wire fences.  In the ensuing clashes between the firemen and the police, a number firemen were wounded. 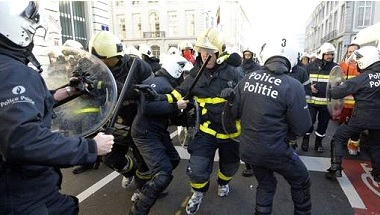 The computer is simply unbelievable in its ability to forecast such things with amazing long-term accuracy that is not based upon personal opinion. As we head into 2014, we should expect the civil unrest to start to rise exponentially. Just wait for the banks to pull their usual shit. The Panic of 1869 and the term “Black Friday” mean that they were dragging the bankers out of their offices and hanging them on Wall Street. The entire trend to go after the Jews in Germany began with the Jewish bankers and spread from there. We have produced a number of studies in the Cycle of War that answer all the questions coming in as to when will this trend reach a peak. We also included the Cycle on Revolution in that publication. 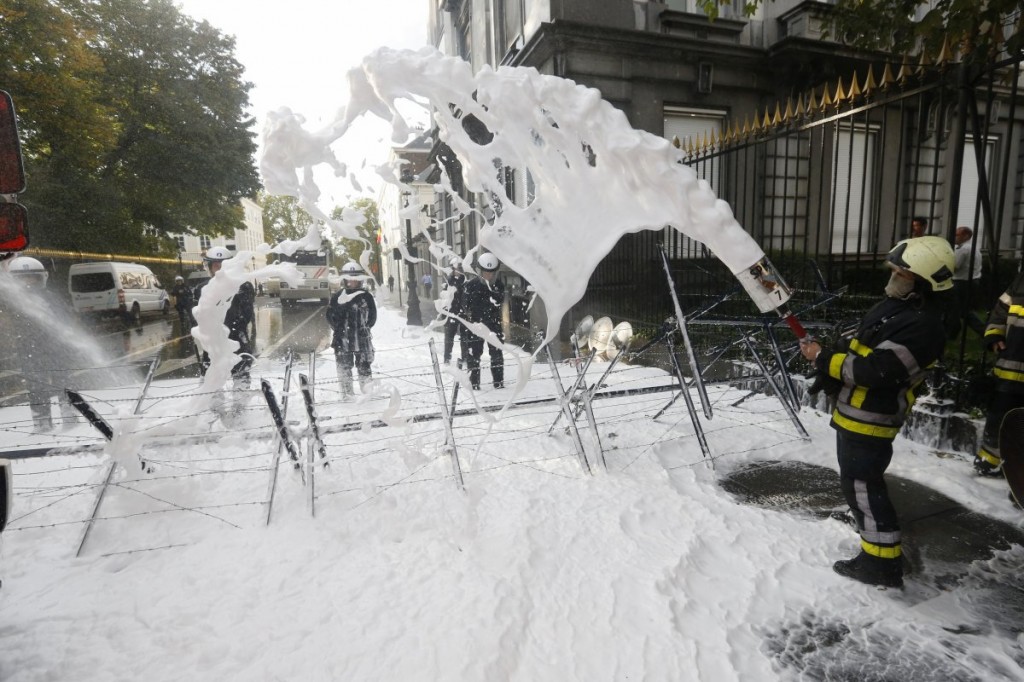 This is just the Beginning of the Cycle. Wait until we move into the peak. As they say – You Have Not Seen Anything  Yet! We are still in the calm before the real storm.

A number of questions have come in asking could I prevent these events if I was in charge. Interesting question. I would guess if I had dictatorial powers, I might be able to reduce the magnitude of the civil unrest with structural monetary and political reform. But is it possible to actually eliminate the cyclical trend – I do not think so. I would guess the best you can do is reduce the volatility. People would still be in the mood for confrontation, it would probably take on a different reason than economic – religion or something else.