Ferguson – What Did You Expect? A Real Jury Decision? The System is Not Designed That Way 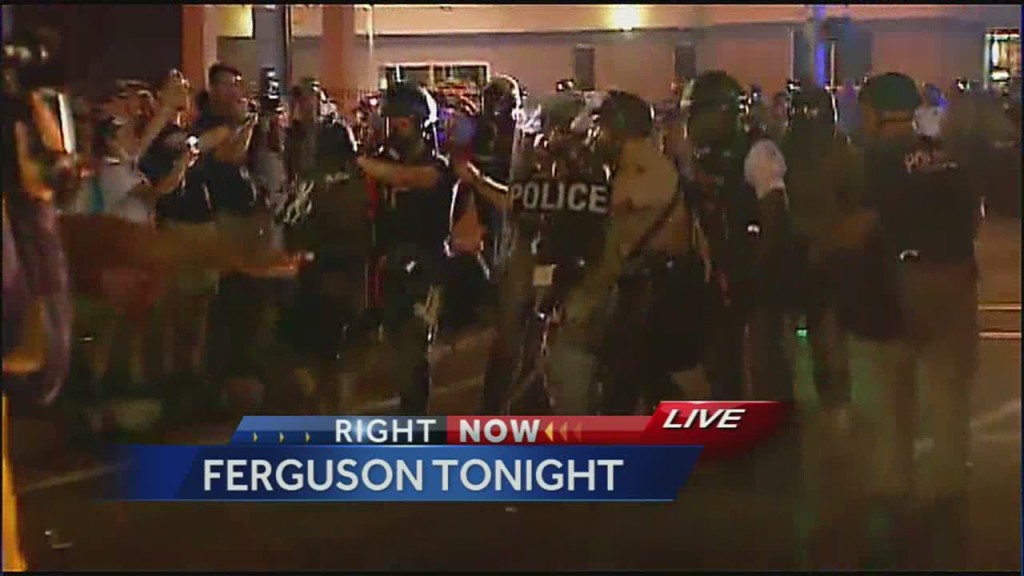 Unfortunately, this is as expected as the Missouri grand jury decided not to indict a white police officer over the fatal shooting of an unarmed black teenager in August. I have explained that this need not even be racist because the grand jury system has become a joke. The government only needs to present whatever evidence they want. There is no obligation to present all the evidence because the Supreme Court has ruled that the Grand Jury is NOT entitled to all the evidence, since the trial jury will correct any deficiencies. The problem – indictments are not rendered against government people and handed out like candy for their enemies.

Angry crowds took to the streets around the Ferguson police department after the grand jury determined there was no probable cause to charge officer Darren Wilson with any crime for the shooting of 18-year-old Michael Brown. This stupid decision is very serious. There should have been an indictment and then let the PUBLIC see all the evidence. Hiding this incident in such a manner will NEVER satisfy not merely the black community, but the entire world. This was a very stupid decision and this decision will only now feed into the war cycle on the civil unrest side. Ferguson is a spark that ignites a new trend that will be national. To save one officer, they will set in motion the deaths of so many others. This should have gone to trial and let the people decide.

The worst of the worst is that the Grand Jury proceedings are secret. No judge is present at the proceedings which are led by a prosecutor who is routinely pro-government. The target “defendant” has no right to even be present his case or  to be informed of the proceedings secretly being conducted behind the scenes. There is no right to a lawyer in the Grand Jury. Among the legal community, Grand Jury indictments are considered a JOKE and the typical phase one hears among lawyers concern the rules are so one sided, the government could indict a “ham sandwich”. 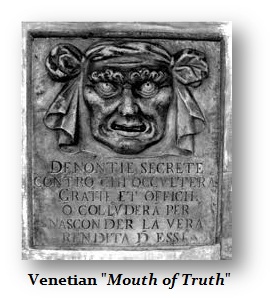 The argument for such secrecy was unanimously upheld by the Supreme Court in Douglas Oil Co. of Cal. v. Petrol Stops Northwest, 441 US 211 (1979). The dissenting opinion was joined by Justices Burger and Stewart still concurred with the Court’s opinion as to the importance and rationale of grand jury secrecy. The gist of that secrecy was people would be afraid to appear and rat out others the government wanted to indict if they were not protected. That was the same reasoning behind the Venetian Mouth of Truth and the other side is that fake evidence enters because there is no check and balance against witnesses who can then say anything to sway the Grand Jury to whatever direction the government desires. Very, very bad decision. There is no accountability whatsoever.

The history of the grand jury is rooted in the common and civil law, extending back to Athens, pre-Norman England, and the Assize of Clarendon promulgated by Henry II. The right seems to have been first mentioned in the colonies in the Charter of Liberties and Privileges of 1683, which was passed by the first assembly permitted to be elected in the colony of New York. Included from the first in Madison’s introduced draft of the Bill of Rights, the provision elicited no recorded debate and no opposition. “The grand jury is an English institution, brought to this country by the early colonists and incorporated in the Constitution by the Founders. There is every reason to believe that our constitutional grand jury was intended to operate substantially like its English progenitor.

The basic purpose of the English grand jury was to provide a fair method for instituting criminal proceedings against persons believed to have committed crimes. Grand jurors were selected from the body of the people and their work was not hampered by rigid procedural or evidential rules. In fact, grand jurors could act on their own knowledge and were free to make their presentments or indictments on such information as they deemed satisfactory. Despite its broad power to institute criminal proceedings the grand jury grew in popular favor with the years. It acquired an independence in England free from control by the Crown or judges. Its adoption in our Constitution as the sole method for preferring charges in serious criminal cases shows the high place it held as an instrument of justice. And in the USA as in England of old the grand jury has convened as a body of laymen, free from technical rules, acting in secret, pledged to indict no one because of prejudice and to free no one because of special favor.

The idea that only the people can indict is very nice. But as Stalin said about elections, it does not matter how people vote, it is those who count the votes who decide elections. Well this is the same nonsense. The rules have been inverted so ONLY the government has a right to indict anyone and they ALWAYS protect their own. This type of corruption should be expected. The Grand Jury is a joke when there is secret proceedings and no right to present both sides so the Grand Jury can be deaf, dumb, and blind. The Grand Jury was originally the people standing between the people and the government. To protect government, they simply changed the rule to ensure the government need not tell the Grand Jury the truth. What Stalin said about elections applies to Grand Juries. The Government can indeed indict a ham sandwich. They mean nothing if not even less.

Here comes the civil unrest because indeed we need major political reform in virtually every branch of government.  Sorry – but he should have been indicted and he should have been given a full and fair PUBLIC TRIAL to show the world what is the truth. Now there will always be a debate as to the evidence submitted in secret.