Feinstein is Legalizing Mass Surveillance for the NSA 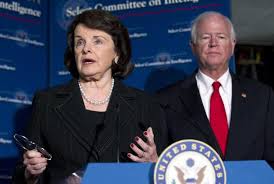 You can never trust Diane Feinstein. Her bill that pretends to restrict the NSA is actually legalizing mass surveillance. She is an affront to everything the United States once stood for. We have to question if she is even mentally capable of doing the job given her age. She may simply be suffering from dementia. Many people have reviewed her bill in the industry and it is a joke if it were not so damaging.

Feinstein’s bill first appears to reform the NSA stating that it bans mass data collection “except under specific procedures and restrictions set forth in the bill” but the loophole is she legalizes it stating that the FISA Court must approve it where no such authority existed previously. If some judge then is approving the bulk data collection from the entire world in a totally un-Democratic manner, the NSA is within the “exception.”

Feinstein’s bill is like saying it is illegal to kill your wife “except under specific procedures and restrictions set forth in the bill”  which then says its OK if someone else agrees with you. This is very clever legal framework that lawyers craft to get around things and pretend it is legal.