The employment and growth data have improved since the last Fed meeting in October, and Congress has reached a two-year budget deal that takes them right up to 9/30/2015 perfectly in line with the ECM peak at 2015.75. Our target date has been published for years and is a straight mathematical formula. The precise day of the high is 9/30-10/1. This is simply amazing to pick the very day of the model. 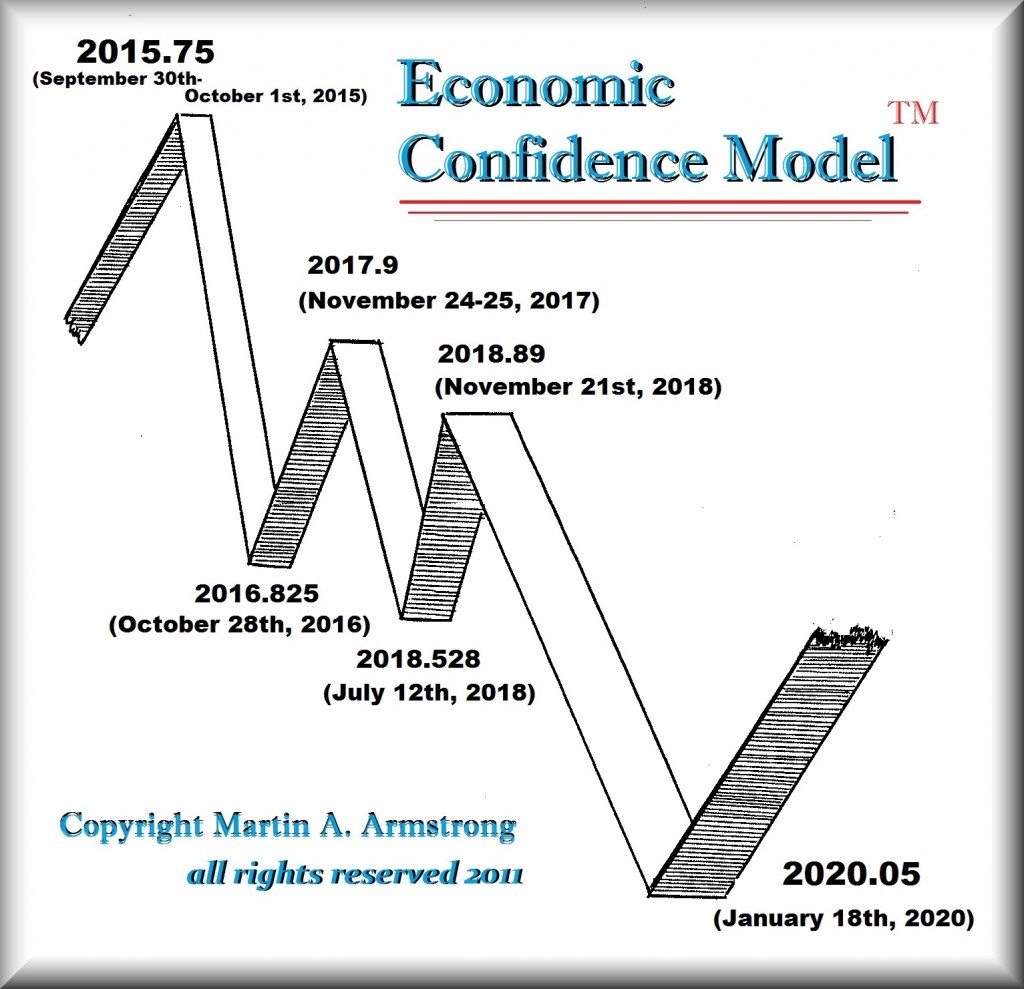 Nevertheless, this sets the stage for Fed officials to contemplate making the first reduction to their $85 billion-per-month bond-buying program. It’s a tough call, but the market has been doing well and if interest rates do not rise, they realize that there will be a huge problem when the business cycle turns down. They have no room to play with rates anymore.

Some members will likely argue in favor of waiting a bit longer to make sure the numbers stay strong. However, there is another aspect that is the pure politics of the game. This will be Bernanke’s last appearance as chairman. That means, he is the lame duck and he can now do what is right and if it goes terribly wrong, the new Fed chairman can promise change.

Those who want to wait may also argue the central bank should not pull back while inflation remains below the Fed’s 2% target (The November consumer-price index showed prices up just 1.2% from a year earlier). Of course, Bernanke could just discuss the timetable at his press conference for the future, but that is kind of really lame since he will not be there to keep to any timetable.

The Wall Street gods are probably more in favor of cutting back on the stimulus that is really a non-event anyway since it is just buying the garbage from the banks. $85 billion in the total scheme of things is nothing. This has been more of a physiological game than anything significant. 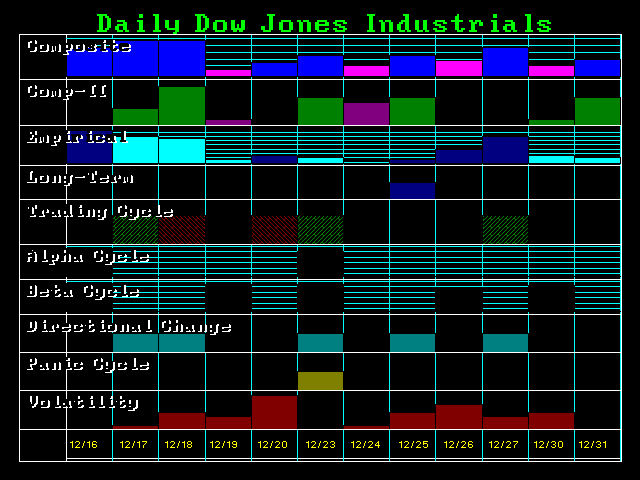 When we look at the arrays for this week, they all show tomorrow as the turning point with higher volatility into the end of the week. In gold, we have been unable to close ABOVE 1243 whereas a daily closing below 1224 will point to a test of the 1206.90 level where a closing below that will point to new lows. The lack of strength in gold seems to be the market anticipating tapering. The Dow has to close ABOVE 16023 to raise any bullish hope right now. However, 15945 remains immediate resistance. A daily closing BELOW 15628 will warn of further downside is possible.