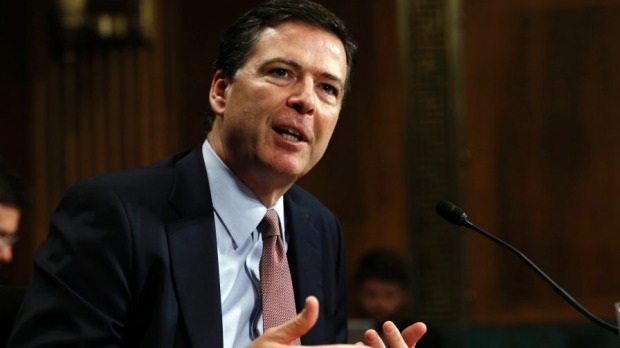 FBI director James Comey, who used to be the head prosecutor in NYC the most corrupt office in the system, had come out swinging at Apple and Google for developing forms of smartphone encryption so secure that law enforcement officials cannot easily gain access to information stored on the devices – even when they have valid search warrants. Of course, Mr Comey can only see the abuse of power of government as necessary and not the severe damage that has been done to the entire industry because of the abuse of the NSA and others.  He said he could not understand why companies would “market something expressly to allow people to place themselves beyond the law.” Perhaps he should not work for government and then he might get it.

Largely because of the abuse of government, which is by itself beyond the law that he cannot grasp, this is not a question of only criminals. This is a matter of personal privacy that a government if FREE – has not right to violate. This is not all about him. This is what those in government cannot see. There is a real world out here with a right to LIBERTY, FREEDOM FOR ALL, and the right to PRIVACY. It was government outlawing condoms that led the Supreme Court to draw the line and say no – there is a right to privacy. That right was established in Griswold v Connecticut. Just how does one enforce you are not using a condom? Do government agents storm into your bedroom to inspect before having sex? This is what Comey just does not understand – sorry you have no such right. Prove your cases the old fashion way – with detective work.

James Comey needs to go back to law school to study the simple fact that the American Revolution began because of this very type of abuse of the search and seizure of private communications without warrants. George III (b 1738; 1760-1820) became king in 1760. In February 1761 Parliament enacted the Writs of Assistance that were challenged in court in Boston, Massachusetts. These were writs that empowered, like the NSA today at their discretion, the kings agents to search anything they suspected. The defending lawyer James Otis (1725-1783) pronounced these writs were “the worst instrument of arbitrary power, the most destructive of English liberty, and the fundamental principles of law, that ever was found in an English law book.” Otis warned that the king placed discretion in the hands of every agent to act as he desired. Nothing has changed for Comey can do whatever he desires and it is always the burden of the citizen to still prove he has any rights whatsoever.

John Adams (1735–1826; 2nd President 1797–1801) was there in the audience at that hearing that day. Adams was so moved by the four hour speech of James Otis that he declared: “Then and there was the first scene of the first act of opposition to the arbitrary claims of Great Britain. Then and there, the child independence was born.”

I am sure the kings men also viewed their power as necessary as Comey does today. They could simply enter someone’s home and search all your papers. If you wrote anything derogatory against the king, off you went to prison. This is what inspired the American Revolution and the Fourth Amendment that there had to be a reason to search not just arbitrary desire to want to know and lets see what we can find as the NSA and FBI do today. This is the very essence of LIBERTY. You cannot pretend to be the leader of the free world with people like Comey in government.