Fascism Emerging in Europe in the Aftermath of the Elections 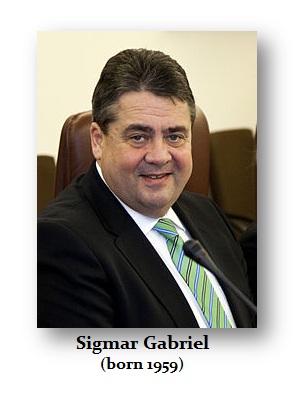 While the Pro-Russian Eastern Ukrainians destroyed polling units to prevent people from voting against separation showing their desire for dictatorship and fascism, Western Europe is not much better  The German politician, currently serving as Minister for Economic Affairs and Energy and Vice Chancellor of Germany. Since 2009 he has been chairman of the Social Democratic Party of Germany (SPD), Sigmar Gabriel has stated that the EU election should deny influence of the winning parties such as the Hungarian Fidesz or the Italian Forza Italia bluntly stating that they “must not be allowed to influence the conduct of Europe”.

This flies in the face of why anyone should join the EU. It demonstrates the very same position of the pro-Russians in Eastern Ukraine. If they lack the majority votes, then just prevent them from voting, Gabriel’ statement is that of a fascist and is clearly undemocratic. This is the very criticism of the EU system. The EU is not a democracy, because when you do not the people have the last word, you destroy liberty.

Gabriel should resign from politics. He is not someone who respects the people or what they stand for. We have had way too many people who have shared that view and they are responsible for killing untold millions to justify their position.